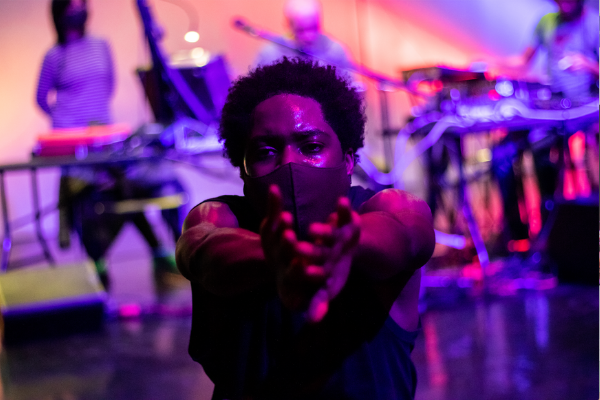 Synchronized with Soy Sos is in collaboration with Pittsburgh Modular Synthesizers and is presented as part of the PearlArts @ KST Mutual Aid Residency. Learn more here. 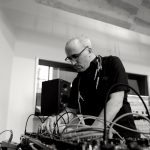 Herman Pearl (Soy Sos) is the head engineer and owner of Tuff Sound Recording, as well as the sound designer and co-artistic director of PearlArts Studios. Through PearlArts, Herman creates soundscapes to serve as a component to contemporary dance. As a sound designer, Herman’s repertoire includes a wide variety of projects and collaborators. His work has been featured in various independent films and documentaries, video games, and advertising. He has designed soundscapes for numerous choreographers. He has collaborated with many visual artists to create installations and touring exhibits. He has recorded and produced work for a plethora of recording artists across genres and techniques. Herman has performed, created, and recorded his own music for over 25 years. 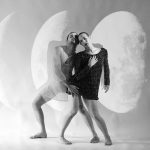 slowdanger is a Pittsburgh based, multidisciplinary performance entity founded in 2013 by co-artistic directors taylor knight and anna thompson. They use electronic instrumentation, vocalization and choreographic, improvisational and contemporary dance/performance frameworks to create work at the intersection of movement, sound and technology. Their performance work largely centers the body and researches its relationship to other bodies, the environment, sensory information, technology and the unknown/unknowable. The name, slowdanger, was inspired by the road signs that signify a demolition of old surfaces to build upon the remnants. They continue to return to this overarching concept cyclically in performance creation; rebuilding, slowing down to examine the remains and re-imagine new futures. slowdanger’s performance work has been featured across the United States and Canada in venues ranging from proscenium theaters and galleries to nightclubs and dive bars. From directing music videos to scoring  plays, slowdanger transforms its shape to adapt to a variety of different containers. They use sound as a physical extension of their bodily practices, to further embody and connect with their audience. More info at www.slowdangerslowdanger.com.