with Assemble, Women of Visions, Alumni Theater Company and more!

Dress up in your favorite costume or come as you are for an afternoon of tricks, treats, and groovy beats. From 12:00pm – 3:00pm Assemble and Women of Visions will be in the KST lobby with spooky make and take crafts and pumpkin decorating. At 1:00pm join us in the theater as we screen our 2020 Halloween Mayhem virtual broadcast featuring Alumni Theater Company, Akasha L. Van Cartier, Dave English, and the Trevor C. Dance Collective. Lots of fun for the whole family!

Assemble is a nonprofit organization and community space for arts and technology education located in Pittsburgh’s Garfield neighborhood. At our core, our mission is to build confidence through making. By creating approachable opportunities for learners of all ages to engage with Science, Technology, Engineering, Art, and Mathematics (S.T.E.A.M.) based activities.

ABOUT THE WOMEN OF VISIONS 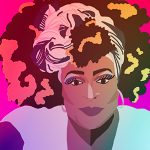 Alumni Theater Company (ATC) operates a year-round program providing talented Black youth in grades 6-12 with high quality performing arts training and a platform to express their ideas. We are in our 13th season of creating bold theatrical work that gives fresh voice to the experience of young Black artists and highlights their rich contribution to our community. Addressing racism is integral to the work of ATC. Our members are passionate about using their art to be heard. They have strong opinions – about our country and its embedded racism, about the inequities they experience in their schools, about the heavy policing in many of their communities. They speak boldly, confronting this racism and injustice. They share their vulnerable journey through adolescence, resonating with their peers and challenging adults to listen deeply. They inspire their audience to take deliberate action and make a change. For them, ATC is a space free from stereotypes and otherism, where they can openly share their experiences growing up as Black teens in our city, and in turn create art that speaks to their peers and the community at large. 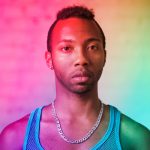 Trevor C. Miles is a powerhouse teaching artist and performer hailing from Pittsburgh, Pennsylvania. A teaching artist and choreographer, Trevor has worked for more than a decade across Pittsburgh, focusing his work on underrepresented youth and their stories. In 2014, Trevor formed his own hand-selected group of dancers to take his storytelling to the next level: Trevor C. Dance Collective. During its first four years, he and his performing arts troupe completed five tours, composed of innovative festival performances, community drop-ins and specialty masterclasses, evening-length stage works, and even a documentary. Trevor Miles debuted his masterful XYLO (Parts 1 and 2) in 2018.  XYLO 3, Trevor Miles’ magnum opus, premiered in 2019, and served as the launch of the #TMSoloStageSeries, a collection of one-man stage shows. Trevor has participated in Kelly Strayhorn’s newMoves Festival twice, has had a KST Freshworks Residency, and presented work across the country at stages like the Kennedy Center in Washington, D.C. He looks forward to continuing his solo performances in 2021, and creating more virtual art for the masses. 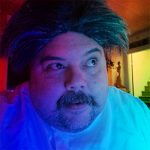 Dave English graduated from West Virginia University with a degree in Puppetry, holds Pennsylvania and Federal Clearances to work with children, and has extensive experience as an artist educator, museum educator, and education program manager. With a puppetry and studio art background Dave was an early participant in the Maker Movement and STEAM philosophies of hands-on project based education. Dave has worked for Pittsburgh Public Schools, Homeless Children’s Education Fund, The Andy Warhol Museum Education Department, The Sprout Fund, The Greater Pittsburgh Arts Council, helped to found the Remake Learning Network and Pittsburgh Hive Learning Network, attended the National Puppetry Conference twice, was a Fine Resident Artist at Children’s Museum of Pittsburgh, A Distillery Resident Artist at Brewhouse Association, A Flight School Fellow, served as President of the Puppetry Guild of Pittsburgh, and is a Carnegie Libraries of Pittsburgh Friends of Music Fellow.