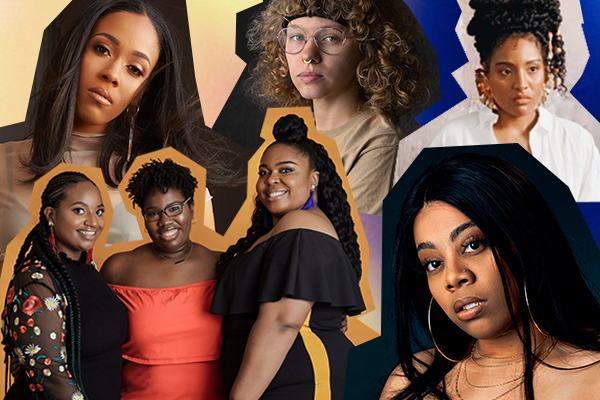 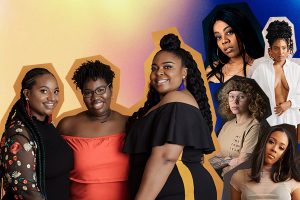 Tune in on KST’s IG LIVE for brief candid conversations with each of this year’s Sunstar 2021: Unplugged Sessions artists. The power-house media trio and podcasters Girls Running Sh**, Markeea “Keea” Hart, Janita Kilgore, and Mia Marshall, will take over our Instagram to facilitate a chat with artist INEZ, Clara Kent, Brittney Chantele, and Chandra Rhyme about what it means to be a Black womxn in Pittsburgh’s music scene? How they have weathered being independent artists through the pandemic and a fun fact or two. 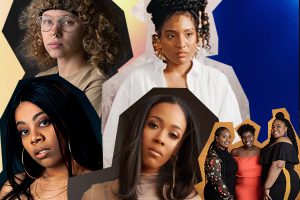 Join us on Crowdcast | Pay What Makes You Happy!

Sunstar’s ‘20 Mic Check concert is postponed no more! The long-awaited show with Pittsburgh-based musicians, INEZ, Clara Kent, Brittney Chantele, and Chandra Rhyme is going virtual for ‘21. Join us for an evening of R&B, Soul, Rap, and Hip-Hop and experience these beautifully crafted unplugged performances on Crowdcast. Hosted by the dynamic podcasting trio Girls Running Sh**,  Mic Check highlights the positivity of Black women and femmes. 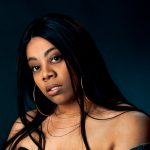 Producer, singer-songwriter, and self-proclaimed “FireShorty™️”, INEZ, is a multi-faceted talent by way of Pittsburgh neighborhood, Homewood.  Stepping from behind the audio engineering desk, and in front of the microphone, INEZ, delivers her soul unashamedly with each performance. “I was raised on music that meant something, music that healed people. I don’t sing it, perform it or write it unless it’s 100% me and my heart. Love always has to be present.” she states. INEZ has performed alongside fellow Pittsburgh songstresses Clara Kent and Sierra Sellers, at Hartwood Acres Amphitheater, Mr. Smalls Theater, and the Thunderbird Cafe; eyeing more opportunities to grow the visibility and respect for the R&B/Soul scene in Pittsburgh. In December 2019, INEZ not only released her debut album, “Voicemails and Conversations”, she was also featured on the cover of the Pittsburgh City Paper. INEZ hopes to continue using her talents as a way to highlight and positively impact Black women and femmes worldwide.Be sure to check out all things INEZ by following her on IG @musiqalprodigy 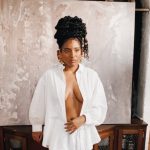 Clara Kent is an independent afro-indigenous singer-songwriter and emcee. The self-proclaimed “Multidimensional Artistic Individual” hails from Homewood, Pa, a Pittsburgh neighborhood known for its talented people. There she learned how to take in her surroundings and to release her varied experiences through music and art. Kent was highly influenced by her late mother who was a painter and vinyl collector. Clara recalls her mother painting and listening to jazz records consistently during childhood. After her mother’s passing, Clara gained a new outlook on her gifts and began development for her professional career in 2011.

Clara Kent’s debut project “Aura” was released in 2018. Kent says “Aura is a written testimony to trials from life’s many challenges and my inner resolve to rise above adversity with self-reflection. At times we wander outside of the source of our issues, we must pause and look inside to find peace.” Kent lovingly calls this project her “time capsule”, giving a peek into a period of the singer’s first steps into the reclamation of her power and heeding her inner wisdom. Kent has graced many stages across the country, including; SXSW 2018, WYEP Summerfest 2019, a 2019 Sofar Sounds Tour, and more. She also earned a cover feature in the City Paper in April 2018 and was named “Person of the Year: Music” 2019. 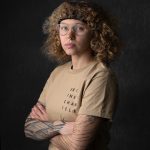 Not afraid to go deep, and not afraid to do the work, singer-songwriter, visual artist, speaker, and activist, Brittney Chantele uses a combination of art and action to inspire people to create positive change.

Brittney’s life as a queer, bi-racial, non-binary individual who grew up in a small town and served in the Army National Guard has given them a very personal understanding of injustice. From witnessing, and sometimes being subjected to, injustice such as racism, sexism, and sexual assault, homophobia, and xenophobia, these experiences became a turning point that gave them two options: say nothing, or do something.

Dynamic and bold as ever, Brittney chose to do more than just something. Using whichever medium expressed the truth the best, the Pittsburgh artivist got honest and up-front about the difficult topics: relationship issues, self love, and social justice. And with hundreds of spoken-word and music performances, multiple visual art collections, on-going collaboration with other Pittsburgh musicians, 2 EPs, and their 2nd album on the way, it’s clear that Brittney is not afraid to get people to have the hard conversations necessary to make a better world. And she does more than just spark conversation. Outside of their art, Brittney has also worked hard to give back to the Pittsburgh community and local social justice initiatives, including speaking at schools to tell students the truth about military enlistment, participating in the Pittsburgh organization 1HoodMedia that creates a safe space for youth and organizes communities for real change and participating in Veterans for Peace. Whether on stage, in a demonstration, or having a conversation with another Pittsburgh local, Brittney Chantele has dedicated her art, and her life, to create a better world. 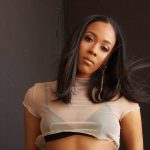 The rise to the top was never supposed to be easy, so Chandra Rhyme is having as much fun as she can as she writes the chapters of her story. This Pittsburgh-based artist has built up a reputation as one of the city’s most captivating performers, bringing listeners into her multidimensional world. Inside of it, she crafts rhythmically backed pop and R&B infused hip-hop records with golden-era level lyricism and an electric feel. While she began her career as a dancer, she would soon become known as one of the rising stars in the city’s underground music scene due to her magnetic personality, sultry voice, striking lyrics, and creative artistic direction.

During her come up, she has opened up for notable musicians such as Warren G, and in 2019, she released her debut EP entitled “Goin ’Up,” under the rap name, Rhyme. Since then, she has collaborated with the production duo Dr0p0uts, who consists of Multi-Platinum producer, Ryan M. Tedder. His credits include Ariana Grande, Chris Brown, Brandy, Wiz Khalifa, and Megan Trainor. Currently, Chandra is cultivating a fresh sound that mixes traditional songwriting with boundary-pushing production. With new music planned for release in 2020 and beyond, her road to success is destined for a prolific career. Be sure to check out all things Chandra Rhyme by following her in IG at @itschandrarhyme 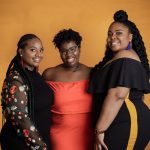 Girls Running Sh** Is a power-house media trio and podcasters made up of Markeea “Keea” Hart, Janita Kilgore, and Mia Marshall.  Their mission is to spread the word on self-love and self-worth to improve mental health while uplifting and providing a platform for women to shine!

Markeea (Keea) Hart, (Girls Running Sh**) 29, grew up in Pittsburgh, PA, but later moved to Kennerdell, PA. She graduated from Edinboro University in 2012. After graduating from Edinboro with a B.A. in Mass Communications, she moved to Washington D.C. for 5 years to pursue a career in Social Media Marketing. Now back in her hometown, she plans on continuing to spread peace, love and positivity to her community and continue to show every black woman is a queen, and we all have different things to offer.

Janita Kilgore, 28, a Pittsburgh native, received her Bachelor’s degree in Communications and Media Studies from Edinboro University of Pennsylvania. Over the years, Janita has developed a love for anything self-care and body positive. She wants to one day work for a body-positive company, that specializes in creating/running self-love/care and body-positive campaigns, and are not afraid to showcase beauty for everyone from all backgrounds, especially for black women.

Mia Marshall, 28, is born and raised in Pittsburgh, PA, and graduated from Edinboro University of Pennsylvania. Although her Bachelor’s Degree is in Communication Studies, and she is currently pursuing her Masters in Student Affairs (Mia loves the kids!). Mia has always had a true passion for all things cosmetology. She also values holistic health and beauty methods, and one day wants to own her own holistic beauty shop, where people can come and not only get their outer beauty taken care of, but also explore options for their entire self-care practice! Be sure to check out all things Girls Running Sh** by following them on IG @girlsrunningshit