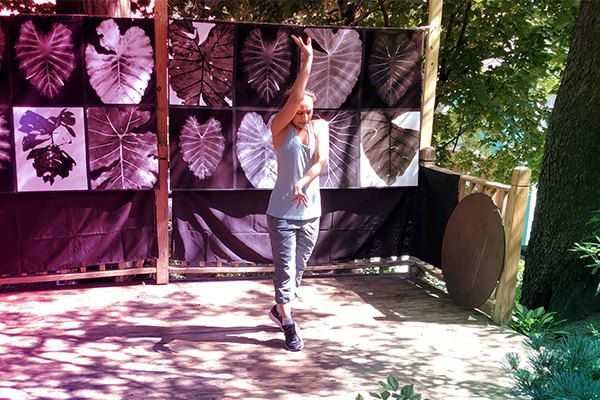 The artists were originally scheduled to present a work in progress showing of a new dance and story based live performance work for May 2020. Following the indefinite postponement of the live showing, the artists have instead chosen to create a new video work using dance, narrative, and sculptural photography.

Following the screening the artists will have a live virtual discussion with KST Senior Producer Ben Pryor and audiences members. 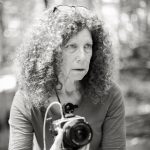 Sue Abramson is a fine art photographer working in Pittsburgh. For four decades she has produced imagery relating to the environmental landscape using a variety of methods. Abramson’s book, A Woodlands Journal, is a decades long photographic meditation on her evolving relationship with light, loss, chaos and place.  Her body of work, From the Same Bulb, includes garden work made in response to a life in transition. Under the name Fstop Gspot, Abramson has created a font made from speculum. She uses these letters to produce merchandise that raises funds for women’s reproductive health organizations.

Widely exhibited, Abramson’s photographs have been acquired for many permanent collections, including The Carnegie Museum of Art, The Polaroid Corporation, University of Pittsburgh, Biblioteque Nationale, and Blue Cross of Western Pennsylvania. Her exhibited work has been nationally and internationally shown. Featured exhibitions include “ The Only Constant is Change” at The Westmoreland Museum of Art, “Gestures 15” at the Mattress Factory, “Digital to Daguerreotype” at The Carnegie Museum of Art, and “No Mirrors” at Rayko Photo Center.  She is retired from her Associate Professor of Photography position at Pittsburgh Filmmakers, where she taught for 30 years. To see her most recent portfolios visit sueabramson.com 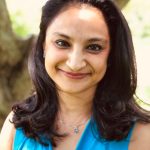 Mita Ghosal’s choreographic work is a cross-disciplinary study of contemporary movement and how it intersects with spoken language to tell a story that is full of nuance that is both literal and figurative. As a dance theatre artist of Indian-American decent, early on she discovered that the types of roles she was being asked to play were binary and stereotypically “Indian”. If she wanted to perform and be seen as a whole human being: specific, unique and universal, it was up to her to create the work itself.

Photos top to bottom: Courtesy of the Artists, Sue Abramson, and Mita Ghosal. Special thanks to Dumpstar Media and, Meg Koleck.