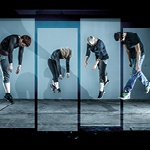 Pittsburgh’s only contemporary dance festival is back for its fifth year.

KST’s newMoves festival shares new work by young choreographers from Pittsburgh and around the country. Each evening is a medley of four to five short works presented in one exciting program. Come enjoy dance and a vibrant audience that knows how to have fun!

This year, newMoves features even more special events that connect the festival artists with each other and with our terrific audiences. Events include lunch with the artists, dance studio visits, special parties, and more. Check out the complete schedule of events at the 2013 newMoves Festival page.