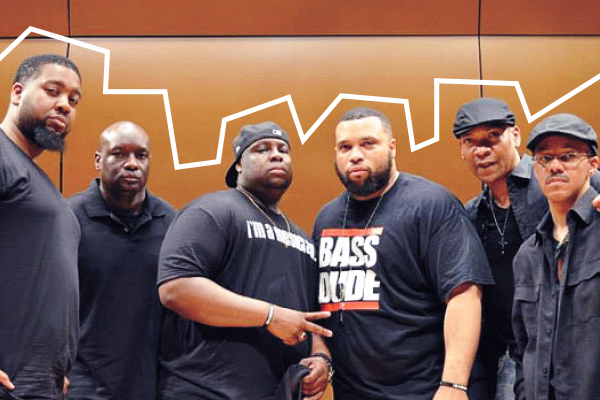 For the Spring 2020 season, KST Presents invited musician, composer, and music director Dwayne Fulton to curate a series of concerts between March – May 2020. All of the concerts have been postponed for the future, but we are pleased to bring you playlists featuring the artists curated by Fulton for the series.

The second playlist in our series comes from Pittsburgh band The Brydge! The Brydge’s musical references flow from soul, pop, R&B, hip hop, gospel, rock, urban and neo soul, and jazz. With lead songwriters, producers, and arrangers Claude Flowers, J.R. Jones, and Dwayne Fulton, the band has a true passion for “Lyfe.”