From the Classroom to a Creative Work Lavender Terrace Asks The Question, “What Does 100 Years of Protest Feel Like?” 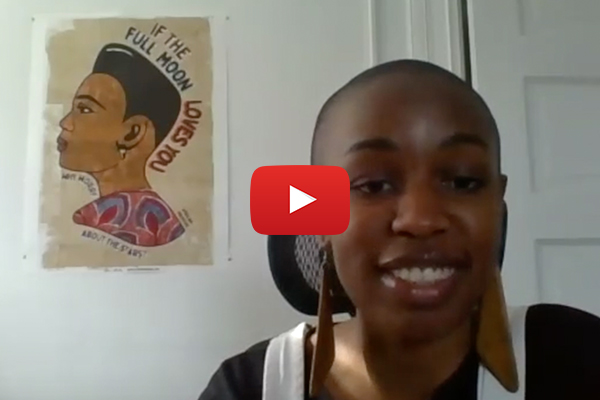 As a part of Kelly Strayhorn Theater’s Freshworks, a month-long creative residency for Pittsburgh-based artists and collaborators, NaTasha Thompson and Petra Floyd will debut their work in progress entitled, “Lavender Terrace.” Both are graduate students at Carnegie Mellon University and have extensive experience using their work to communicate underrepresented voices and shared cultural inheritances.

I had the opportunity to talk with them and from watching their interactions with each other I assumed that they were long-time friends only to find out that their relationship is just 1 year in the making! In fact, Lavender Terrace started out as a classroom assignment and blossomed into a creative work along with their friendship.

NaTasha was reading Harlem Renaissance writer Marita Bonner’s The Purple Flower for an analysis assignment and a few times the two would bump into each other during classes at CMU. “The School of Drama and the School of Art were hosting interdisciplinary workshops – one was experimental writing and the other was experimental dance,” Petra explains. “We were the only two Black students in the classes and naturally gravitated to each other.”

“After completing The Purple Flower, I reached out to Petra to see if she would be interested in doing visual work for an idea I had around the play and that we could use it to experiment inside of our education, and after the first draft, it took off from there!”

The idea took off indeed! The two entered the first iteration  of their work to an on-campus contest and won. “The College of Fine Arts hosts an interdisciplinary award and I reached out to NaTasha and told her that I think we should enter it,” Petra said. “It was a two-day marathon of work and we won! We won $2500 and this provided an opportunity to execute something really big, but then COVID didn’t end. Then we saw the announcement for Freshworks and it provided a way that we couldn’t work at school as well as an opportunity to work with others – safely.”

Lavender Terrace is a speculative movement response to Marita Bonner’s play The Purple Flower. Bonner’s writing  was first published in The Crisis, the official publication of the National Association for the Advancement of Colored People (NAACP) in 1928. Bonner’s play is an allegory for sexism and racism against black women, and the play was never performed in Bonner’s lifetime.

The two creatives didn’t want to spoil any surprises but shared that the audience will experience beautifully choreographed movement pieces, pre-recorded performances, live elements and interactive opportunities. We will also meet two characters “Cornerstone” and “Finest Blood” pulled from the original work, who represent the problematic tropes that have persisted about Black people over the past century. “Our work is about the  pursuit of “life at its fullest” by Black Americans in the late 20’s,” NaTasha said. “Our goal is to craft snapshots of that pursuit over the years.”

Lavender Terrance debuts on Friday, March 5 at 7:00PM. Click Here to purchase your ticket to this Pay What Makes You Happy performance.