Checking In: Artists Around the World featuring Staycee Pearl 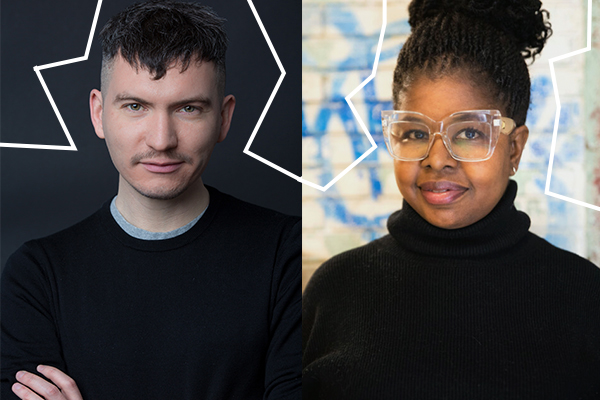 Every Thursday at 2:00pm, KST Senior Producer Ben Pryor takes to Instagram Live for conversations with artists in Pittsburgh, throughout the US and around the world. They will connect on the impact of COVID-19 and adapting to working in the arts through a pandemic. Pryor kicks things off with Pittsburgh choreographer Staycee Pearl, Co-Artistic Director of Staycee Pearl Dance Projects and Soy Sos and PearlArts Studios. Check out Staycee Pearl and PearlArts Studios here: http://www.pearlartsstudios.com

Staycee Pearl is the co-artistic director of PearlArts Studios and STAYCEE PEARL dance project & Soy Sos (SPdp&SS), where she creates artful experiences through dance-centered multimedia works in collaboration with her husband and artistic collaborator, Herman Pearl. Staycee received her initial dance training at the Alvin Ailey American Dance Center. In 2010, SPdp&SS debuted at the Kelly-Strayhorn Theater, and served as resident dance company for the theater for three years. Staycee and husband/creative partner Herman Pearl proudly opened their dance/art/sound space, PearlArts Studios, in April of 2012. Since then the duo has produced several works including ..on being…, OCTAVIA, and FLOWERZ. Staycee is passionate about sharing resources and creating opportunities for the arts community by initiating project-generating programs including the Charrette Series, the In The Studio Series, and the PearlDiving Movement Residency. Checking In is a part of KST Global Stream, KST’s COVID-19 responsive online programming initiative.

Below is video of the conversation between Ben Pryor and Choreographer Straycee Pearl Check out the full schedule of upcoming guests here.