Checking In, Artists Around the World featuring Adil Mansoor 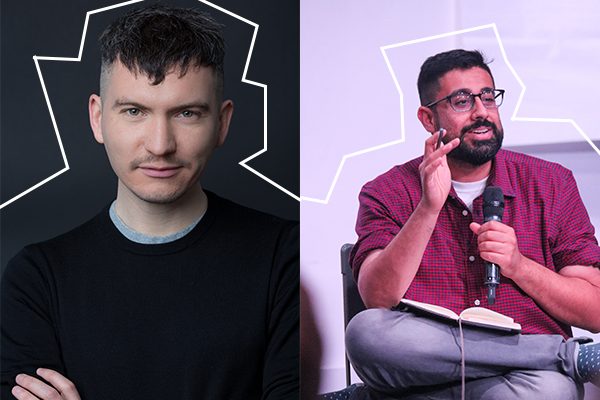 Every Thursday at 2:00pm, KST Senior Producer Ben Pryor takes to Instagram Live for conversations with artists in Pittsburgh, throughout the US and around the world. They will connect on the impact of COVID-19 and adapting to working in the arts through a pandemic.

For Thursday, May 14, stream, Ben checks in with Pittsburgh-based theatre director and educator, Adil Mansoor Check out more on Adil Mansoor at the link below: www. adilmansoor.com

Adil Mansoor (Guest – Thursday, May 14) is a theatre director and educator based in Pittsburgh, PA. He is recovering from the Western Canon. He reads the Canon as an archive of white, patriarchal power and fear. He is working on original projects deconstructing Tennesse Williams’ The Glass Menagerie as a manifesto on gay male misogyny and unpacking the Cyclops story in The Odyssey as colonial justification for invading and erasing entire civilizations. His upcoming solo lecture-performance, Amm(i)gone, adapts Sophocles’s Antigone as an apology to and from his mother. As a queer-identifying, Muslim-raised, immigrant in America, understanding and disrupting the Canon provides a survival tactic. In relationship to the Canon, Adil explores theater as a symptom of, and an antidote to, legacies of oppression. Adil also directs new and contemporary plays, primarily by queer folks and people of color, to disrupt dominant narratives. As a founding member of Pittsburgh’s Hatch Arts Collective, he has directed all their projects including Chickens in the Yard by Paul Kruse and Gloria by Branden Jacobs-Jenkins. Other directing projects include The River by Jez Butterworth (Quantum Theatre), Desdemona’s Child by Caridad Svich (Carnegie Mellon), and Popularity Coach by Brian Guehring (The Rose in Omaha). Adil has developed and directed new work through NYU, Bronx Academy of Arts and Dance, The Frank-Ratchye STUDIO for Creative Inquiry, and Kelly Strayhorn Theater. As an educator, Adil has worked with Middlebury College in Vermont, The Mori Art Museum in Tokyo, Mozilla Fest in London, and many others. He was the Artistic Director for Dreams of Hope, an LGBTQA+ youth arts organization in Pittsburgh for over 5 years. He is an alumnus of DirectorsLabChicago and was the inaugural director with Quantum Theatre’s Gerri Kay New Voices program. Adil received his MFA in Directing from Carnegie Mellon University.