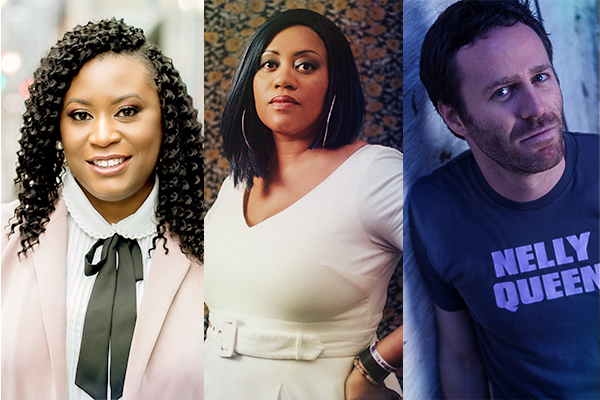 Join us on Zoom! | Pay What Makes You Happy!

Facing a global pandemic and an ongoing reckoning with social justice, racial equity and the fight for Black and Brown lives, 2020 was a life-changing year for the world. As individuals and institutions come to grips with our new and, for some, newly understood realities, structures and pedagogies are being interrogated and sometimes dismantled to make way for a more just and equitable life. This panel discussion brings together foundation representatives Shaunda McDill (The Heinz Endowments), Celeste Smith (The Pittsburgh Foundation) and Jake Goodman (The Opportunity Fund) to share the impacts of 2020 on their work funding artists and organizations. Each speaker will present on the work of the foundation they are representing followed by space for questions from attendees. 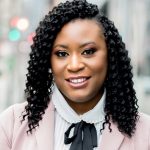 Shaunda McDill joined The Heinz Endowments in October 2017 as the Creativity Strategic Area’s Arts & Culture program officer, after more than a decade of nonprofit executive and arts management experience. Most recently, she was a publicist for the Blake Zidell and Associates, a Brooklyn-based public relations firm representing artists, arts institutions and festivals. Shaunda has worked for theater companies across the country, including The Goodman Theatre of Chicago, Second Stage Theatre, Yale Repertory Theatre, Pasadena Playhouse and Cornerstone Theater Company. She also founded demaskus, a nonprofit, service-oriented collective of artists and administrators who produce theatrical projects sharing stories of the marginalized. In Pittsburgh, Shaunda served as vice president of programming and cultivation at the August Wilson Center for African American Culture, where she managed all artistic and educational programs, and oversaw a $1 million programming budget. As the Pittsburgh Cultural Trust’s director of public relations, she headed both national and local public relations campaigns, including the North American premiere of Florentijn Hofman’s Rubber Duck Project, which generated more than $10 million in direct spending in the city. Shaunda has an undergraduate degree from Dartmouth College, where she studied under Pulitzer winner August Wilson, and an MFA in theater management from Yale University’s School of Drama. She is a member of several local and national organizations and boards. 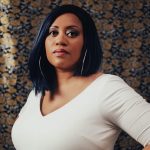 Celeste C. Smith joined The Pittsburgh Foundation in January of 2018 as program officer for Arts and Culture. Before joining the Foundation, she served as chief executive officer of 1Hood Media, a collective of artists and activists who utilize hip hop as a means of raising awareness around issues affecting oppressed people in the region and around the world. She is also the manager of Pittsburgh-based hip hop artist Jasiri X. Prior to joining the Foundation’s staff, Smith was a grantee, receiving funding for innovative and effective arts education and cultural programming. Her experiences as both an independent artist and a grantee have given her a unique understanding of Pittsburgh’s arts and culture community, as well as the work of the Foundation and its impact on the region. Celeste is a graduate of Chatham University and has served on the Transformative Arts Process Advisory Board at The Heinz Endowments, the Pittsburgh Symphony Community Advisory Council and the Greater Pittsburgh Arts Council Equity in Arts Funding Research Committee. She is currently a member of the Grantmakers in the Arts Individual Artists Support Committee. 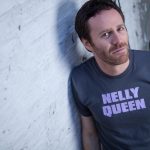 Jake Goodman is the Executive Director of the Opportunity Fund (www.theopportunityfund.org). He is an educator, activist, and performer with extensive experience in the (non-philanthropic) nonprofit world. He is a founding member of the NY-based activist group, Queer Rising, which demands full equality and dignity for all LGBTQ people through civil disobedience and direct action. He is the co-creator and performer in Kaddish, a stage adaptation of Nobel Prize-winning author Imre Kertész’s book, “Kaddish for an Unborn Child”. Jake has performed Kaddish in Hungary, Romania, Bulgaria, the Czech Republic, New York City and other cities across the US. BFA, Acting, Emerson College; MA, Experiential Jewish Education, Davidson Graduate School at the Jewish Theological Seminary.