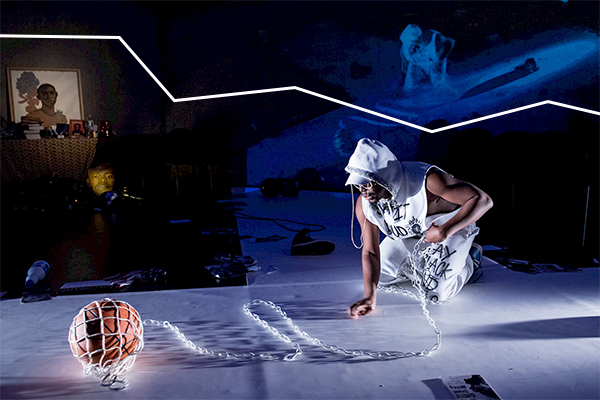 Friday, July 31, 7:00pm
Streamed on The Show Must Go On(line) channel by City of Asylum
Pay What Makes You Happy!

Join us for an evening with choreographer and poet Jaamil Olawale Kosoko. The event includes a screening of White State | Black Mind, a 2017 film about the making of Kosoko’s 2015 performance work #negrophobia. In addition the evening will include a poetry reading by Kosoko as well as a discussion with KST Executive Director, Joseph Hall.

‘We do know, however, what blackness indicates: existence without standing in the modern world system. To be black is to exist in exchange without being a party to exchange. Being black is belonging to a state organized according to its ignorance of your perspective – a state that does not, that cannot, know your mind…. It is a kind of invisibility.

—Bryan Wagner, Disturbing the Peace: Black Culture and the Police Power after Slavery

A film collaboration with Marica De Michele tracing the making of Jaamil Olawale Kosoko’s 2015 work #negrophobia, this cinematic glimpse into a singular creative process that attempts to make plain often invisible systems of power, assumptions and cultural categories through abstract, oblique, and alternative readings of society. 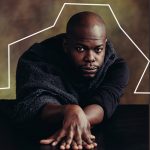 Jaamil Olawale Kosoko is a Nigerian American performance artist, poet, and curator originally from Detroit, MI. His creative practice draws from Black study and queer theories of the body, weaving together visual performance, lecture, ritual, and spiritual practice. Recent awards include a 2019 NYSCA/NYFA Artist Fellowship in Choreography, 2019 NPN Development Fund Award, 2019-21 Movement Research Artist in Residence, 2018-20 Live Feed Artist at New York Live Arts, 2017-19 Princeton Arts Fellow, 2019 Red Bull Writing Fellow, 2017 MAP Fund recipient, and a 2017 Cave Canem Poetry Fellow. His works have toured internationally to South Africa, Europe, Canada, and throughout the US appearing in festivals and venues such as The Centre for the Less Good Idea (Johannesburg), Fusebox Festival (Austin), PICA | Portland Institute for Contemporary Art, Tanz im August (Berlin), Moving in November (Finland), Within Practice (Sweden),TakeMeSomewhere (UK), Brighton Festival (UK), Oslo Teaterfestival (Norway), and Zürich MOVES! (Switzerland) among others. He is the author of two chapbooks: Animal in Cyberspace and Notes on An Urban Killfloor. His poems and essays have been included in The American Poetry Review, The Dunes Review, The Broad Street Review, among others. Season 1 of his interview-based podcast, American Chameleon can be found on all podcast platforms. Visit jaamil.com or follow @chameleon_coalition on Instagram for more information.

Photos Courtesy of the Artist