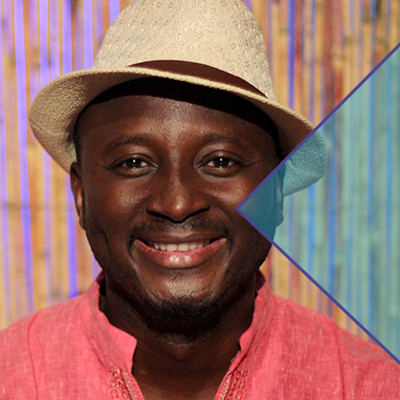 Join us for a dinner and engaging conversation with visiting choreographer Olivier Tarpaga, whose latest work When Birds Refused to Fly is premiering at Kelly Strayhorn Theater before touring to New York City and Philadelphia.

Award-winning musician, dancer and choreographer, Olivier Tarpaga is the artistic director of Nomad Express International MultiArts Festival in Ouagadougou, Burkina Faso. Tarpaga is the founder and artistic director of the internationally-acclaimed Dafra Drum and Dafra Kura Band and co-founder of Baker & Tarpaga Dance Project. He danced with David Rousseve/Reality from 2006 – 2009. In 2008, Tarpaga was commissioned by Zig Zag Ballet to choreograph Visage at the Rich Forum Stanford Center for the Arts in Connecticut. He is a recipient of numerous grants including the National Dance Project touring support,  Suitcase Fund of New York Live Arts, Chime Mentorship Fellowship with David Rousseve as his mentor, the Durfee Foundation ARC, the Ohio Arts Council and the Flourish Foundation.

Tarpaga has performed and taught dance in more than 50 countries throughout Africa, Europe, the Americas, Asia and Australia.