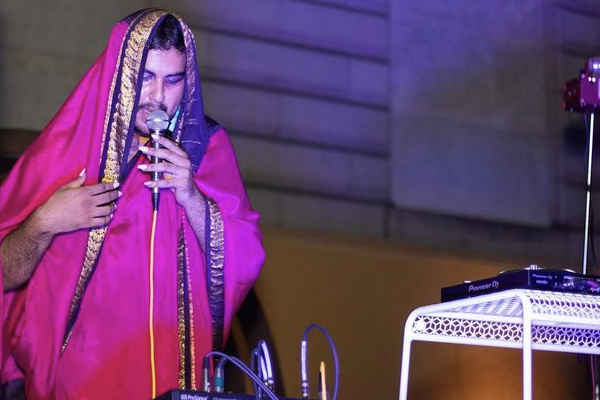 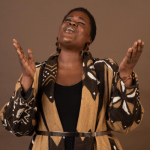 Jacquea Mae is an international vocalist, actress & creative artist that has graced the mic at several open mics, theatrical productions and has featured as an artist at many venues, festivals, open mics & more, throughout the city of Pittsburgh, Switzerland, Ghana & beyond. Ms. Mae continues to rave reviews for her powerful, soulful & from the gut performances. Jacquea’s talents, mixed with her passion for teaching and working with youth have blessed her to mentor, care and support youth, throughout the many neighborhoods of Pittsburgh for over fifteen years. Ms. Mae is a growing small business owner & dedicated community activism, determined to create what she doesn’t see. Jacquea continues teaching youth, advocating for the people & asserting her creativity with a voice and spirit that soars! 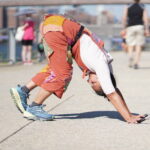 Mita Ghosal’s choreographic work is a cross-disciplinary study of contemporary movement and how it intersects with spoken language to tell a story. Her choreography and performance work explores issues in a wide array of subjects including Indian-American Female Identity, grief and loss and our current health care crisis. Her work has been presented by many professional venues in New York City including The Asian American Writer’s Workshop, Mulberry Street Theatre, New York Film Institute, the Joseph Papp Public Theatre and the New York International Fringe Festival. In Los Angeles her work has been presented through REDCAT at the Walt Disney Concert Hall, Highways Performance Space, Crazy Space, the Fowler Museum of Cultural History, Barnsdall Arts Park, Studio A Dance and the David Henry Hwang Theatre. In Pittsburgh, she has presented her original style of choreography at the Wood Street Galleries, through KST’s NewMoves Contemporary Dance Festival and through Freshworks and won best director in the 2021 Virtual Pittsburgh Fringe Festival for the Dance/Storytelling Film Of Lungs and Leaves, a collaboration with Photo Artist, Sue Abramson.

Alumni Theater Company (ATC) operates a year-round program providing talented Black youth in grades 6-12 with high quality performing arts training and a platform to express their ideas. We are in our 14th season of creating bold theatrical work that gives fresh voice to the experience of young Black artists and highlights their rich contribution to our community. Addressing racism is integral to the work of ATC. Our members are passionate about using their art to be heard. They have strong opinions – about our country and its embedded racism, about the inequities they experience in their schools, about the heavy policing in many of their communities. They speak boldly, confronting this racism and injustice. They share their vulnerable journey through adolescence, resonating with their peers and challenging adults to listen deeply. They inspire their audience to take deliberate action and make a change. For them, ATC is a space free from stereotypes and otherism, where they can openly share their experiences growing up as Black teens in our city, and in turn create art that speaks to their peers and the community at large. 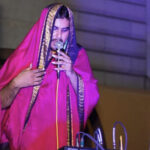 Samira Mendoza is that club bitch here to make your mind spin n your booty pop with their genre bending blends. A co-founder of the Uhaul Disco afterparty along with Johnny Zoloft. You can catch them spinning with XC-17 and Yessi as the Dyspheric crew every third Sunday at 9PM on Verge FM. 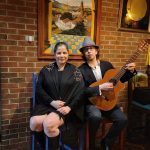 Geña y Peña play Latin American songs of love and life, music that will take you to Latin America and the Caribbean. This sublime duet is comprised of Puerto Rico-born Geña on vocals and percussion, and Colombian-American Carlos Peña on guitar.  Since 2007, they have been playing boleros, montunos, bombas, plenas and soul.  Their sound captures the sweet and clear, the romantic and sultry, the beautiful and lively songs of yesterday.

Mai Khoi is a Vietnamese artist and activist. At the age of 12 she wrote her first song and joined her father’s wedding band the same year. She rose to stardom in 2010 after winning the Vietnam Television song and album of the year awards. Several years later she became increasingly uncomfortable having to submit her work to government censors and, thinking she could reform the system from within, nominated herself to run in the National Assembly elections on a pro-democracy platform. Her campaign sparked a nationwide debate about political participation and culminated in a meeting with Barack Obama in May 2016.

Shortly after Mai Khoi started the avant-garde dissident trio Mai Khoi Chém Gió and the group released their debut album “Dissent” in 2018. Working at the interface of art and activism Mai Khoi has developed her most unique art form to date. Her new sound is an emotionally-charged fusion of free jazz and ethnic Vietnamese music, with her most political, yet personal, song lyrics ever. Today, she leads efforts to promote freedom of artistic expression in Vietnam for which she was awarded the Vaclav Havel International Prize for Creative Dissent. Her activism has, however, come at a high price. She has had her concerts raided, been evicted from her house, and has been detained and interrogated by the police.

Since 2019, Mai Khoi has lived in exile in the USA. In 2019, she was a resident artist at SHIM:NYC, and in 2020, she was awarded an Artist Protection Fund Fellowship in cooperation with the University of Pittsburgh, City of Asylum, and the International Free Expression Project. Mai Khoi is currently participating in the Exiled Writer and Artist in Residence Program at City of Asylum in Pittsburgh, PA. To date Mai Khoi has released eight albums. She has toured the US, Europe, Australia and Taiwan.

AMBER EPPS HOLLYHOOD A.K.A. DR. HOOD Amber Michelle is a multidisciplinary artist that creates using various found and discarded objects from nature and other unexpected places such as thrift stores. The work that she creates is inspired by spirituality, humanism, and the occult. Amber also creates word art, developing pieces based on writings drawn from raw emotion, current and past life personal experience, and the things she sees through her “other eyes.”

In the last few years Amber participated in the Pittsburgh Filmmakers Flight School Fellowship program and was a resident artist at Most Wanted Fine Art. She is also a member of the Greater Pittsburgh Arts Council’s Learning and Leadership Committee which serves to examine racial equity in arts funding as well as the Pittsburgh Arts Research Committee that takes a look at trends and provides feedback on arts research.

Amber is also known as HollyHood, the “mom of Pittsburgh hip hop”, producing events, DJ’ing, writing songs, and performing at venues and events both inside and outside of Pittsburgh. As the founder of LOCAL 412, Holly strives to promote the fact that hip hop is an art and that artists and works created in this genre should be taken seriously and treated with respect. Holly has curated various art shows and hip hop events in the physical space where LOCAL 412 was housed. This space is now Arts & Crafts: Botanica & Occult Shop, of which she is co-owner.

Theatre Communications Group (TCG) is the national organization for theatre, with a membership network of 500+ member theatres and over 250 university, funder, trustee, and business affiliates, and over 7,000 individuals. TCG reaches over 1 million students, audience members, and theatre professionals each year through its programs and services.