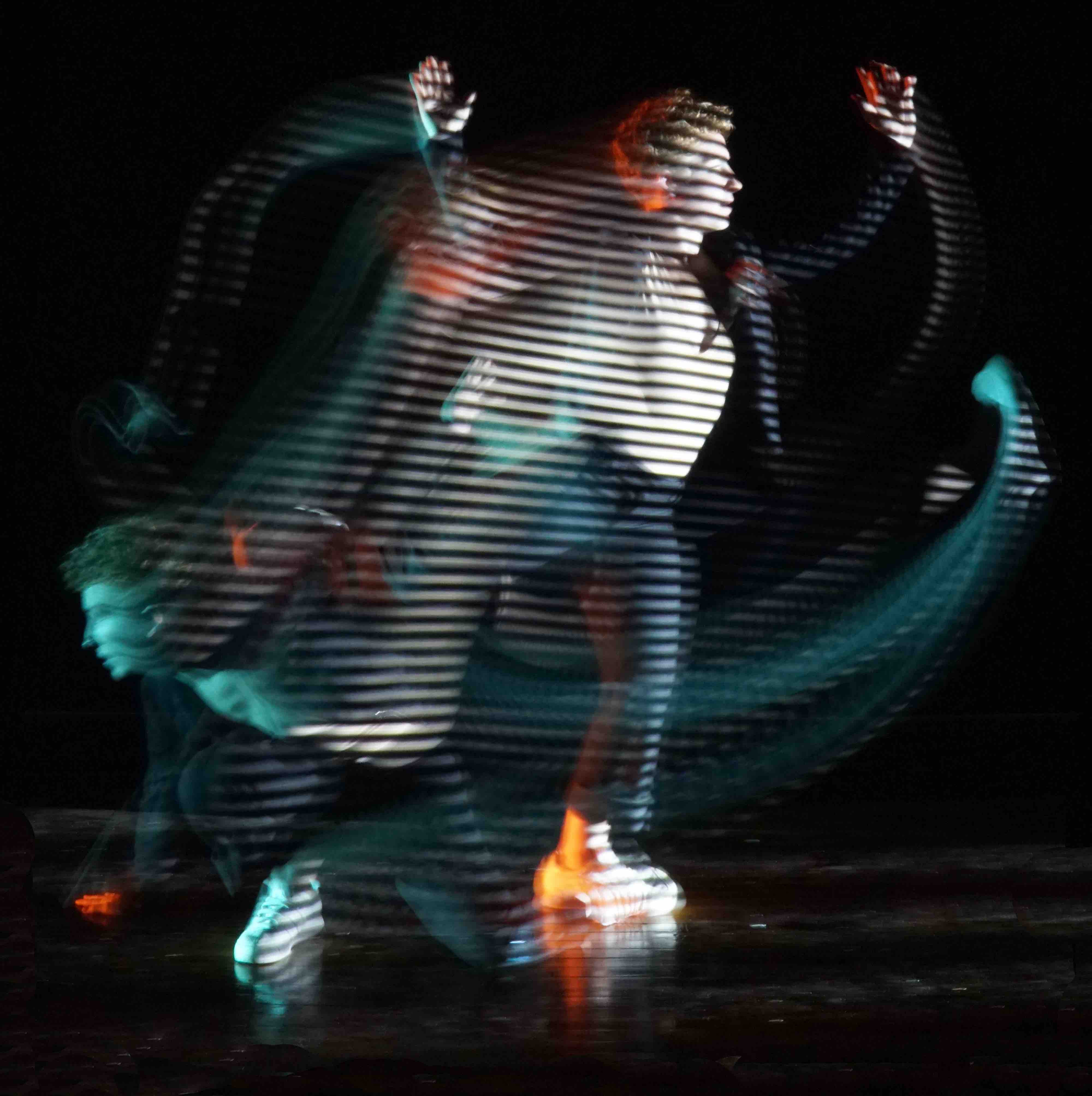 The Pillow Project presents the world premier of NOW:PLAYING, a full-length dance work lit entirely through an original approach to theatrical lighting by exclusively utilizing video projection aimed across the stage from the sides. This hour-long performance imagined and directed by Pearlann Porter, complete with original score composed by long-time collaborator PJ Roduta, “paints the music onto the movement” with projected light. The dance creates illusions out of bodies in motion, who seemingly appear from nowhere and disappear into darkness.

NOW:PLAYING is The Pillow Project’s definition of when and how improvisation happens. It is the performers who literally press ‘Play’ in unison to initiate the precisely timed video projection they will work with in this theatrical announcement of the company’s first feature length performance to occur in a theater in its fifteen-year history.

Through this unique choreographic direction, The Pillow Project plays in a present-tense Postmodern-Jazz.