The Diva Saga: The Legend of The Worst Drag Queen 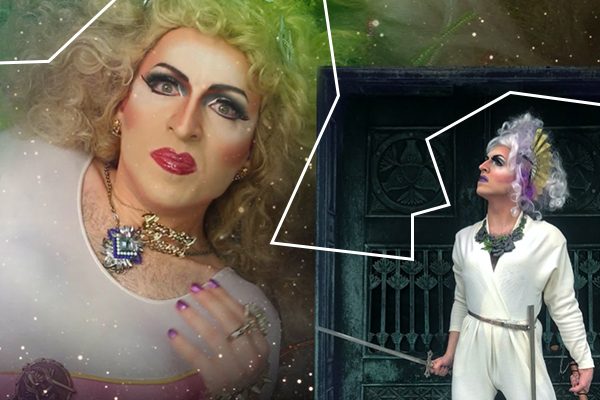 Friday, August 14, 7:00pm
Streamed on The Show Must Go On(line) channel by City of Asylum
Pay What Makes You Happy!

The Diva Saga: The Legend of the Worst Drag Queen, is a multi-channel video installation and live performance piece that has been restructured for and composited for online KST Global Stream and The Show Must Go On(line). The work questions constructions of sexuality, gender, and identity in a digital age and examines how Veronica Bleaus became the self-proclaimed ‘worst drag queen.’ Lampooning normative and restrictive constructions of sex, artistic judgment, and popular culture, The Diva Saga draws heavily from numerous visual and aural storytelling mediums like comic books, Japanese anime, video games, music videos, and high fantasy.

A series of campy confrontations between a live Veronica and the avatars of drag—digital identities projected on stage (also played by Veronica)—the live and digital Veronicas clash in their respective interpretations, battling each other in a fantastic, campy visual and sonic narrative. A Drag Saga uses live and digital performance to gesture to and capture the importance of camp and divas in queer processes of self-making and alternative identity construction.

*Please be advised, The Diva Saga: The Legend of the Worst Drag Queen contains sexually explicit content and is recommended for audiences 18 years of age and above. 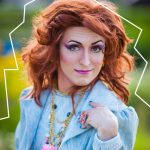 John Musser (Veronica Bleaus) is a performance artist and scholar. John is presently a Visiting Lecturer in Gender, Sexuality, and Women’s Studies at the University of Pittsburgh. In 2019, John curated an exhibit at the Spurlock Museum in Urbana, IL on drag costuming, titled In Her Closet – How to Make a Drag Queen. His alter ego, Veronica Bleaus, has been performing in drag and collaborating with visual artists since 2005. In 2009, Veronica developed a public performance series, Drive By Drag, with visual and performance artist Dani Lamorte, and in 2015 was featured in Sasha Velour’s Vym magazine (now Velour magazine). Since 2009 Veronica has worked with visual artist Scott Andrew to make queer fantasy worlds in video performance.

Scott Andrew is a multimedia artist working in queer oriented video, installation, and performance. Scott holds an MFA from Carnegie Mellon University where he is an Adjunct Assistant Professor in the School of Art and a Fellow of The STUDIO for Creative Inquiry.  Scott also teaches in the Studio Arts program at the University of Pittsburgh, and in the CMU Precollege program.  His curatorial history includes TQ Live! a yearly LGBTQIA variety performance at the Andy Warhol Museum which is organized with Suzie Silver and Joseph Hall, Fail Safe, a local variety series organized with Angela Washko and Jesse Stiles, and The Drift, a platform for artistic research exploring the three rivers as a context for artistic production.  Scott is a co-founder of The Institute for New Feeling and has exhibited at MoMA’s PopRally (NYC), Ballroom Marfa (Marfa, TX), the Hammer Museum (LA), and the J. Paul Getty Museum (LA), among many others.