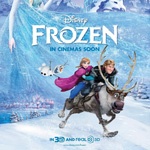 Kick back and relax with classic films at KST.

KST and North Way Christian Community present a family-friendly movie series in celebration of the Theater. Opened as the Regent Theatre in 1914, the building was one of Pittsburgh’s finest nickelodeons in its heyday. Today, it remains a cultural gem and will be celebrating its grand centennial in the upcoming 2014–2015  season.