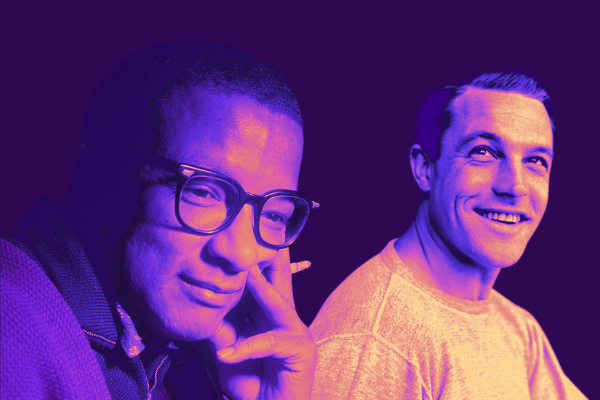 What is your “Something to Live For,” as penned by Billy Strayhorn? What makes you “Put On A Happy Face,” as Gene Kelly once crooned? For us at Kelly Strayhorn Theater, the opportunity to give artists and creators a platform to express themselves and be their full selves is something we work for every day.

Join us for Suite Life, our annual benefit concert that honors our namesakes, 20th century entertainment and Pittsburgh legends Gene Kelly and Billy Strayhorn, while also looking forward to the future of the theater. For 2021, Suite Life is being realized in partnership with Con Alma, the Shadyside establishment recently named one of the Best Bars in America (2021) by Esquire Magazine. The concert will be curated by John Shannon, Con Alma’s Music Curator, whose vision for the evening features an intimate jazz experience in a minimalist theatrical environment imbued with historical footage of Billy Strayhorn and Gene Kelly’s early twentieth century Pittsburgh and highlights from their illustrious careers underscored by Strayhorn’s toe-tapping repertoire and songs popularized by Kelly.

Join KST family and friends in our historic lobby for a special pre-show reception, featuring a curated menu of appetizers and drinks from Con Alma & a discussion with John Shannon exploring the resurgence of Pittsburgh’s jazz scene through the legacy of Strayhorn and Kelly.

The concert  is curated by John Shannon, Con Alma’s Music Curator, in a minimalist theatrical environment imbued with historical footage of Strayhorn and Kelly’s early twentieth century Pittsburgh and highlights from their illustrious careers underscored by Strayhorn’s toe-tapping repertoire and songs popularized by Kelly.

Con Alma is a restaurant and jazz bar located on Ellsworth in Shadyside. Inspired by the rich heritage of jazz in Pittsburgh, Con Alma, which means “with soul,” seeks to return jazz to its rightful place at the forefront of the local music scene while providing patrons with some of the best food and drinks the city has to offer. Con Alma showcases current Pittsburgh musicians, with live jazz seven nights a week including their Latin Jazz Sundays. An inventive yet grounded Latin-inspired menu with dishes connected to South America, Mexico, and the Caribbean is paired with prohibition style classic cocktails, new twists on Latin favorites and a hand selected wine list featuring varietals from all over the world.