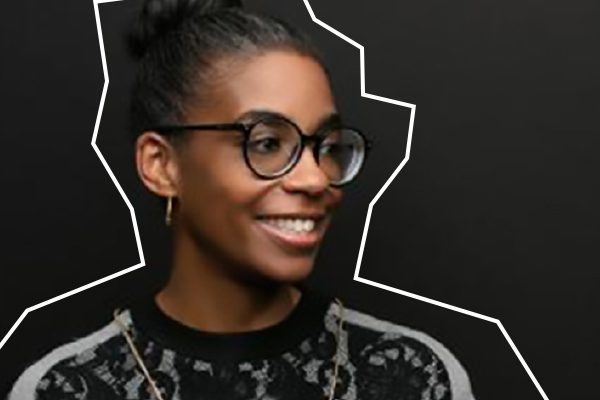 Award-winning poet Simone White hosts IN THE OPEN / IN SECRET / A BLACK FUTURES / POETRY PARTY where we undertake to heal ourselves / with the presence of others / gathering the urge to be together / black peace is a kind of dreaming / inside the scale of our work / finding in our heart / a means, or completion of means / as invitation.

Photo by Courtesy of the Artist.

(T)rap Music & Poetry is a part of Black to the Future.

Black to the Future: A Festival of Art, Social Justice, and Dreaming, is a reframing of what it means to celebrate Black History Month. The Festival has an eye toward the relationship between remembering and reimagining; it’s a way to honor the past while simultaneously creating the future we want to live in. With concepts from AfroFuturists in mind, Black to the Future brings together “the imagination, technology, the future, and liberation” via experimentation and a redefinition of culture and blackness itself. Black to the Future focuses on the critical impact of art, poetry, and music in helping to change culture so that what we dream will become reality. 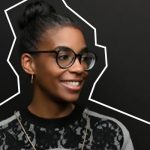 Simone White is the author of Dear Angel of Death, Of Being Dispersed, and House of Envy of All the World, as well as the chapbooks Unrest and Dolly (with Kim Thomas). Her writing has appeared in publications including Artforum, e-flux, Frieze, Harper’s Magazine, BOMB Magazine, Chicago Review, The New York Times Magazine. Her honors include a 2017 Whiting Award in Poetry, Cave Canem Foundation fellowships, and recognition as a New American Poet for the Poetry Society of America in 2013. She has a JD from Harvard Law School, an MFA from the New School, and a PhD in English from CUNY Graduate Center. For many years she worked on the staff of The Poetry Project and now teaches in the English department at the University of Pennsylvania and at Bard’s Milton Avery Graduate School of the Arts. She lives in Brooklyn. 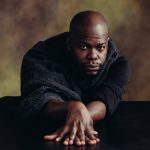 Jaamil Olawale Kosoko is a Nigerian American performance artist, poet, and curator originally from Detroit, MI. His creative practice draws from Black study and queer theories of the body, weaving together visual performance, lecture, ritual, and spiritual practice. Recent awards include a 2019 Red Bull Arts Detroit Writing Fellowship, 2019 NYSCA/New York Foundation for the Arts Fellowship in Choreography, 2019 National Performance Network Award, 2017-19 Princeton Arts Fellowship, 2017 MAP Fund Award, and a 2017 Cave Canem Poetry Fellowship. His works have toured internationally to South Africa, Europe, Canada, and throughout the US appearing in festivals and venues such as The Centre for the Less Good Idea (Johannesburg), Fusebox Festival (Austin), PICA | Portland Institute for Contemporary Art, Tanz im August (Berlin), Moving in November (Finland), Within Practice (Sweden),TakeMeSomewhere (UK), Brighton Festival (UK), Oslo Teaterfestival (Norway), and Zürich MOVES! (Switzerland) among others. He is the author of two chapbooks: Animal in Cyberspace and Notes on An Urban Killfloor. His poems and essays have been included in The American Poetry Review, The Dunes Review, The Broad Street Review, among others. Season 1 of his interview-based podcast, American Chameleon can be found on all podcast platforms. Visit jaamil.com or follow @jaamilkosoko on Instagram for more information. 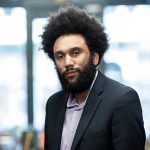 Tongo Eisen-Martin was born in San Francisco and earned his MA at Columbia University. He is the author of someone’s dead already (Bootstrap Press, 2015), nominated for a California Book Award; and Heaven Is All Goodbyes (City Lights, 2017), which received a 2018 American Book Award, a 2018 California Book Award, was named a 2018 National California Booksellers Association Poetry Book of the Year, and was shortlisted for the 2018 Griffin International Poetry Prize. In their citation, the judges for the Griffin Prize wrote that Eisen-Martin’s work “moves between trenchant political critique and dreamlike association, demonstrating how, in the right hands, one mode might energize the other—keeping alternative orders of meaning alive in the face of radical injustice … His poems are places where discourses and vernaculars collide and recombine into new configurations capable of expressing outrage and sorrow and love.” Eisen-Martin is also an educator and organizer whose work centers on issues of mass incarceration, extrajudicial killings of Black people, and human rights. He has taught at detention centers around the country and at the Institute for Research in African-American Studies at Columbia University. He lives in San Francisco.