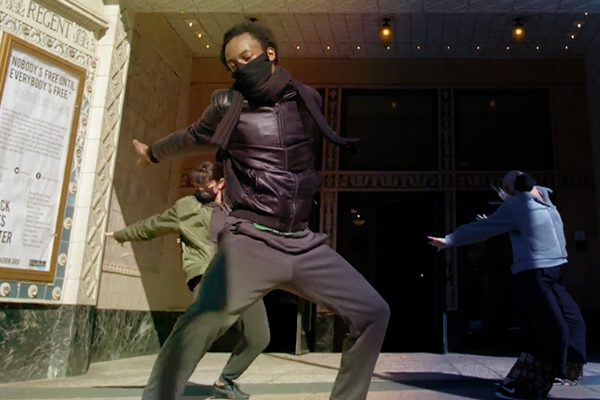 Join STAYCEE PEARL dance project & Soy Sos for a showing and discussion around their forthcoming work, CIRCLES, which will exist as both a stage performance and dance film. Co-commissioned by Kelly Strayhorn Theater, The Joyce Theater (New York), and the National Performance Network, CIRCLES is a new evening-length dance performance highlighting Staycee Pearl’s unique perspective as a mid-career Black female choreographer. For this showing, the artists present a work in progress excerpt from the film version of CIRCLES, and included responses from invited speakers Melanie George, Bebe Miller, and Deesha Philyaw. CIRCLES will have its world premiere in October 2021 at the August Wilson African American Cultural Center, co-presented by KST. 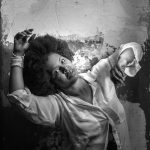 Staycee Pearl is the co-artistic director of PearlArts Studios and STAYCEE PEARL dance project & Soy Sos, where she creates artful experiences through dance-centered multimedia works in collaboration with her husband and artistic collaborator, Herman Pearl. Staycee received her initial dance training at the Alvin Ailey American Dance Center. In 2010, STAYCEE PEARL dance project & Soy Sos (SPdp&SS) debuted at the Kelly Strayhorn Theater, and served as resident dance company for the theater for three years. Staycee and husband/creative partner Herman Pearl proudly opened their dance/art/sound space, PearlArts Studios, in April of 2012. Since then the duo has produced several works including ..on being…, OCTAVIA, and FLOWERZ. Staycee is passionate about sharing resources and creating opportunities for the arts community by initiating project-generating programs including the Charrette Series, the In The Studio Series, and the PearlDiving Movement Residency. 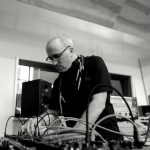 Herman Pearl (Soy Sos) is the head engineer and owner of Tuff Sound Recording, as well as the sound designer and co-founder of PearlArts Studios. Through PearlArts, Herman creates soundscapes to serve as a component to contemporary dance. As a sound designer, Herman’s repertoire includes a wide variety of projects and collaborators. His work has been featured in various independent films and documentaries, video games, and advertising. He has designed soundscapes for numerous choreographers. He has collaborated with many visual artists to create installations and touring exhibits. He has recorded and produced work for a plethora of recording artists across genres and techniques. Herman has performed, created, and recorded his own music for over 25 years. 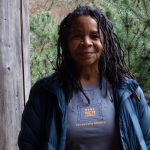 Bebe Miller, a native New Yorker, first performed her choreography at Dance Theater Workshop NYC in 1978. She formed Bebe Miller Company in 1985 to pursue her interest in finding a physical language for the human condition. She has collaborated with artists, composers, writers and designers along with the dancers who share her studio practice and from whom she has learned what dancing can reveal. The company has toured widely across the country and in Europe, South America, Asia and Africa. Her choreography has been performed by Kyle Abraham’s A.I.M., Dayton Contemporary Dance Company, Oregon Ballet Theater, Boston Ballet, Philadanco, , the UK’s Phoenix Dance Company and PACT Dance Company of Johannesburg, South Africa. Over the last decade the Company has produced a variety of digital archive projects that share the company’s creative practice with artists and audiences. Named a Master of African American Choreography by the Kennedy Center in 2005, she has received four New York Dance and Performance “Bessie” awards, the David R. White Award from New York Live Arts, United States Artists and Guggenheim Fellowships, honorary doctorates from Ursinus College and Franklin & Marshall College, and a Doris Duke Artist Award. Bebe is a Professor Emerita in The Ohio State University’s Department of Dance and lives in Columbus, OH. bebemillercompany.org 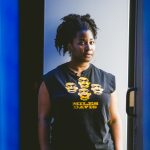 Melanie George is a dance educator, choreographer, scholar, and dramaturg. She is the founder and director of Jazz Is… Dance Project and an Associate Curator and Scholar-In-Residence at Jacob’s Pillow. As a dramaturg, she has contributed to projects by David Neumann & Marcella Murray (on the Obie Award winning Distances Smaller Than This Are Not Confirmed), Raja Feather Kelly, Ephrat Asherie, Susan Marshall & Company, Machine Dazzle, Kimberly Bartosik/daela, and Urban Bush Women among others. A highly sought after teacher and choreographer of the neo-jazz aesthetic, Melanie is a featured in the documentary UpRooted: The Journey of Jazz, Dance. Melanie has presented her research on jazz improvisation and pedagogy throughout the U.S., in Canada and Scotland, and founded the global advocacy website jazzdancedirect.com. Publications include “Jazz Dance, Pop Culture, and the Music Video Era” in Jazz Dance: A History of the Roots and Branches (University Press of Florida) and “Imbed/In Bed: Two Perspectives on Dance and Collaboration” for Working Together in Qualitative Research (Sense Publishers). She is the former Dance Program Director at American University, and has guest lectured at Harvard University, the Yale School of Drama, and The Juilliard School, among others. 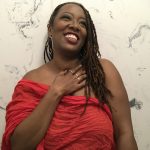 Deesha Philyaw’s debut short story collection, The Secret Lives of Church Ladies, won the 2021 PEN/Faulkner Award for Fiction and the 2020/2021 Story Prize, and was a finalist for the 2020 National Book Award for Fiction and a 2020 LA Times Book Prize: The Art Seidenbaum Award for First Fiction.The Secret Lives of Church Ladies focuses on Black women, sex, and the Black church, and is being adapted for television by HBO Max with Tessa Thompson executive producing. Deesha is also a Kimbilio Fiction Fellow. 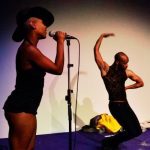 For [text me when you get home], Jasmine Hearn and KST Executive Director Joseph Hall sit down for a public conversation on Zoom that considers kinship, queer dance parties, protests, shared history, listening, and joy. Join us for this intimate discussion and insight into Hearn’s ongoing project.