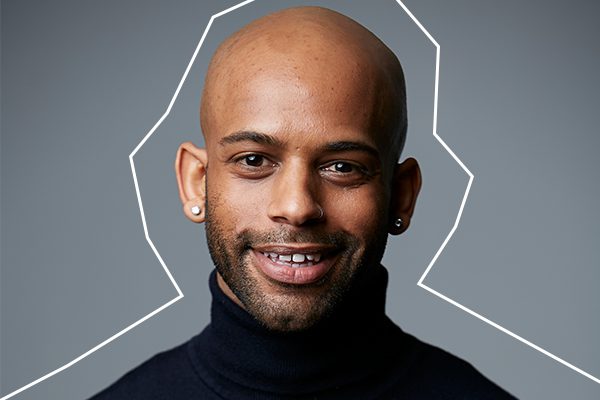 This monthly social at the KST Lobby Bar is now on Zoom! Grab a drink, meet your neighbors and folks from around the country, and chat over snacks from the comfort of your couch. This season’s first Happy Hour was to be a homecoming and welcome reception for KST’s new Executive Director, Joseph Hall at the KST Lobby Bar. Now, we want to gather virtually with you and check-in to see how you’re doing as we all practice social distancing. Share your tips for avoiding cabin fever, how you’re staying connecting with loved ones, and how you’re managing through it all.

Joseph Hall worked as Deputy Director at BAAD! The Bronx Academy of Arts and Dance in New York City where he managed programming and operations for the 20-year old organization that was founded by writer and LGBTQ activist, Charles Rice-González, and former Bill T. Jones/Arnie Zane Dance Company member, Arthur Avilés. With an engaged board and staff, during his five year tenure at BAAD!, Joseph tripled the budget, adding new and diverse funding sources; doubled administrative and production staff; initiated local and national partnerships with artists and presenters for touring performances; expanded programming, including the presentation of Pittsburgh artists; and increased visibility for BAAD! as one of the country’s oldest LGBTQ theaters by people of color.

Joseph has worked as an independent producer, curator, and performer in New York and Pittsburgh. With choreographer Staycee Pearl, he is co-founder of Pearl Diving Movement Residency, a month-long development period in Pittsburgh for new multimedia work by national and local movement-based artists. He is co-curator of TQ Live at the Andy Warhol Museum with Suzie Silver and Scott Andrew. Joseph has served as Company Manager for choreographers Marjani Forte and MacArthur ‘Genius’ Award winner Kyle Abraham / Abraham.In.Motion. As Programs Manager at 651 ARTS in Brooklyn, he directed public relations and marketing for the 2014-2015 season.

From 2009-2014, Joseph rose from Intern to Producing Director at Kelly Strayhorn Theater in Pittsburgh where he created original programming including My People, a film and performance series celebrating the lives of queer people of color, and the residency and showing series Fresh Works. He managed and co-curated year-round programming including black box and mainstage performances, residencies, rentals, workshops and classes, and special events, and presented artists including Carmen de Lavallade, Rebecca Walker, Terrance Hayes, and Nora Chipaumire. In 2013, he managed the promotion and outreach for Pittsburgh Arts & Lectures’ special event with Wu Tang Clan’s RZA and curated outdoor stages for The Pittsburgh Cultural Trust’s Dollar Bank Three Rivers Arts Festival.

As a performer, Joseph has worked with Staycee Pearl dance project (Pgh), choreographers Lida Winfield (VT), Maree Remalia (FL), and Jasmine Hearn (NYC), video artist Suzie Silver (Pgh), and presented his own work at The Andy Warhol Museum as part of Trans-Q Live!, which he also MCed. He serves as an advisory board member of IdiosynCrazy Productions Inc (Phil.) and selection committee member for the New York Dance and Performance Awards (The Bessies, NYC).