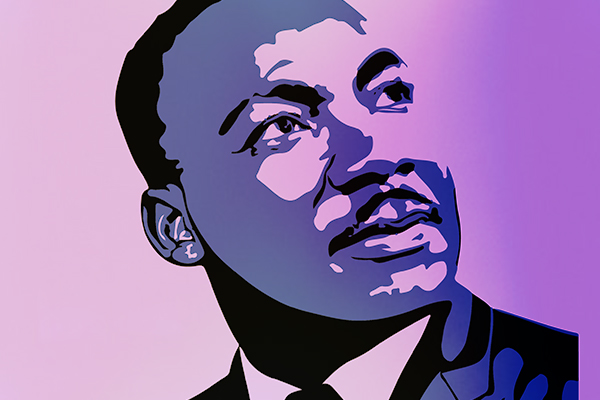 Join us on Crowdcast! | Pay What Makes You Happy!

For 2021, KST’s annual Rev. Dr. Martin Luther King Jr. celebration goes virtual! Tune in and share in celebrating King’s legacy in the here and now! Hosted by Duane Binion, Executive Director of True-T PGH, this pre-recorded broadcast, Living the Legacy, highlights Pittsburgh artists and activists who are living and working in King’s legacy today. The program will feature the work of Black Young & Educated, a group of activists who organized sixteen weeks of Black Lives Matter protests in Pittsburgh throughout the summer of 2020; feature a performance from and conversation with the artists Lost Culture Dance Crew and Jameelah Platt; present song and dance from last year’s stage celebration including performances from The Funky Fly Project, Balafon West African Dance Ensemble, and K-Theater Dance Complex. The program also features Pittsburgh artists and activists Bekezela Mguni reading text by Audre Lorde and etta cetera reading poetry by political prisoners Assata Shakur and Marilyn Buck in honor of Russel Maroon Shoatz. 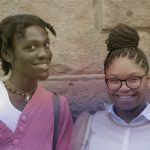 Black Young and Educated was founded by Treasure Palmer and Nicholas Anglin. “We are on a mission to create more accessible opportunities for marginalized youth. We want to create safe spaces that will amplify youth voices. One of our main focuses this summer was our Civil Saturday Protest that called for the amendment of PA section 508. We did weekly protest every Saturday for 16 weeks. Through these protests we were able to help Other teenagers and young adults find their voice within the movement.” – Black Young and Educated 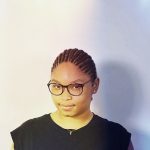 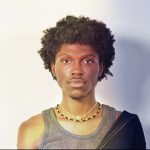 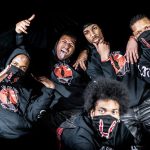 Lost Culture Dance Crew is an all-styles dance crew that brings back the lost culture of Pittsburgh. 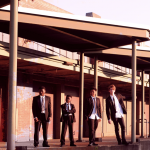 The Funky Fly Project is a funk and jazz collective operating out of Pittsburgh, PA consisting of Winston Bell, Henry Schultz, Brandon Terry, and Eric Dowdell Jr. A powerful combination of skill and virtuosic playing, you would never know by listening that each member of the project is less than nineteen years old. Developing a sound well beyond their age, the quartet fuse classic jazz styles with contemporary funk to create a unique sound that leaves listeners in awe. Soaring solos, upbeat rhythms and impressive jam structures are the hallmark of this burgeoning band from Pittsburgh, PA. Loaded to the brim with impressive structure and style, this urban quartet is unlike any jazz project you have witnessed before. The Funky Fly Project plays alongside seasoned musicians; what they lack in age, they make up for in energy and unmatched talent.

The mission of Balafon West African Dance Ensemble, Inc. is to provide an insightful, woman-centered perspective on West African tradition and culture as a source of healing and balance by providing quality education and entertainment to audiences of all nationalities and walks of life. 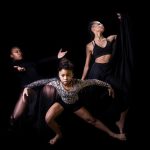 The students are trained to produce choreography and teach dance classes. KTDC builds personal and emotional skills that can be applied to any career path. The students develop interpersonal skills, leadership skills, adaptability, creative thinking skills and more. K- Theatre is a 3 level dance program (Beginner, Intermediate, Advanced). Student level is determined by a required audition. Student schedule is determined by level to ensure quality development. KTDC students commit to a minimum of 6 Hours of training per week (time/days of week determined by level), not including additional rehearsal times 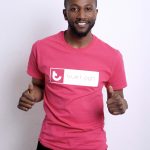 Duane Binion is the Co-Creator of True T Pittsburgh (PGH), a Pittsburgh-based 501-c3 organization that serves the LGBTQIA+ Community of Color through Creative Art & Entertainment, Social Activism, and meaningful Resource Sharing. He is a social change-maker, producer of art, and community leader working to build social awareness for LGBT+ POC and community members of the iconic underground Ballroom scene for over 10+ years.

Duane has a passion for creating platforms that aid in dismantling the negative stereotypes and portrayals of black and brown queer people. In 2019 he was awarded his first Advancing Black Arts grant by the Pittsburgh Heinz Foundation to create a new project highlighting the rich creativity of the underground ballroom scene. He has served on a number of panels and committees, and most recently was recognized by Coro Pittsburgh with the 2019 “Distinguished Coro Alumni Leadership” Award. 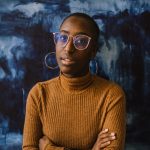 As a proud Pittsburgh native, Jameelah Platt enjoys engaging with her community. Some of her formal training and education include studying Fine Art at the University of art in Philadelphia Pa. As well as being a teaching artist at Assemble Gallery. Her most recent interest has been in retrieving and unveiling the soft dream-like parts of our imaginations. In her own words she stated the following.

“I am a story teller. I look for the anecdotes and fables of people of color, to reanimate the familiar narratives we are told and experience as children. I want to translate the nostalgic moments that we can mutually acknowledge and embrace as a community through the language of gestures and movement with the human figure.”

Her studio practice is driven by her interest in the art of story-telling, color, art history, assemblage and the decorative adornment of objects, spaces and people. She is intrigued with how color and composition can effect the way a narrative is translated and its relationship to the content that is being presented. 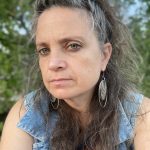 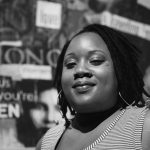 Bekezela Mguni is a queer Trinidadian artist, librarian, and educator. She has over 15 years of community organizing experience in the Reproductive Justice movement and holds an MLIS from the University of Pittsburgh. Bekezela participated in the first Librarians and Archivists with Palestine delegation in June of 2013. She completed her first micro-residency at the Pittsburgh creative hub Boom Concepts and was featured in the 2015 Open Engagement Conference. She was a 2015-2016 member of the Penn Ave Creative Accelerator Program with the Kelly-Strayhorn Theater and launched the Black Unicorn Library and Archive Project. The Black Unicorn Project is a Black feminist community library and archive. She also served as the 2016 Sophia Smith Archive Activist-in-Residence at Smith College.  Bekezela was selected as an Emerging Artist in the 2016 Three Rivers Arts Festival and won the Juror’s Choice award for her visual artwork. She was a featured artist of the 2017 Activist Print Project, a partnership between, Artist Image Resource, BOOM concepts, and the Andy Warhol Museum.  Bekezela is a Boom Concepts studio member, a community space and gallery dedicated to the development of artists and creative entrepreneurs. She is currently an artist in residence at Artist Image Resource and the Librarian in residence at the Pittsburgh International Airport. Bekezela also serves as the Education Program Director at Dreams of Hope which affirms the voices and leadership of LGBTQ youth through the arts.