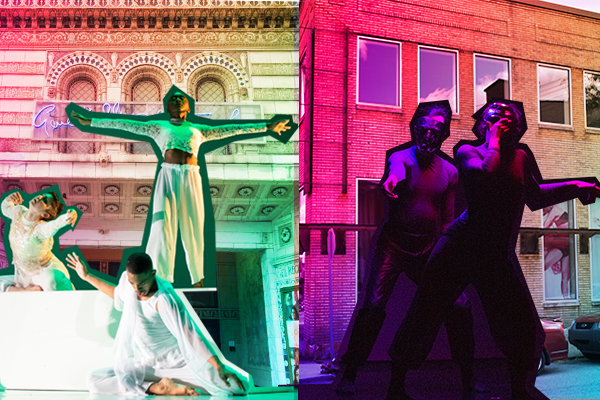 Tuesday, November 17, 4:00pm
Streaming on Facebook with the Kennedy Center

In collaboration with arts organizations from coast to coast, The Kennedy Center’s Art Across America presents 20 weeks of free, online programming available on Facebook Live, YouTube, and kennedy-center.org, five days a week at 4:00 pm. Kelly Strayhorn Theater is proud to represent the Commonwealth of Pennsylvania as the selected organization for this national performance series.

slowdanger (Fall 2020) anna thompson and taylor knight / slowdanger will create and perform a new work developed for digital broadcast on a shared evening program with SPdp&SS for Art Across America, a collaboration with Washington DC’s The Kennedy Center featuring artists from all U.S. territories and states. 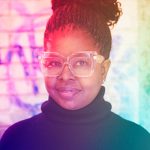 SPdp&SS started as an informal incubator in 2010 with its first concert PUPA. From 2010 – 2013 SPdp&SS was resident dance company of the Kelly-Strayhorn Theater. SPdp&SS ended this formative residency with the premiere of …on being…, an investigation of race, gender, and personal identity in relation to conversations around Post-Blackness. Since these early works, SPdp&SS has created several evening-length works, including ABBEY: In The Red, a work inspired by the unique Jazz vocals of Abbey Lincoln and the civil rights movement she helped give voice to. Through re-imagined live music and dance, this project juxtaposes the current cultural movement with that of the sixties. 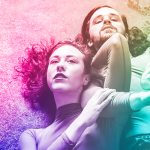 anna thompson and taylor knight, are co-founders of performance entity, slowdanger. Together, they fuse sound and movement through contemporary and postmodern dance frameworks, using integrative technology, vocalization, and ontological examination to engage in collaborative work. Performers manifest as a non-binary entity that is one body amassed of multiple bodies in space. slowdanger continuously transforms its shape to adapt to a variety of different containers with the shared intention of providing embodied, visceral experiences for their audiences. slowdanger has been featured in Dance Magazine’s ‘ 25 to Watch’, The MoMA, The Andy Warhol Museum, Springboard Danse Montreal, Usine C, Dance Place and more. They were Creatives in Residence at the Frank-Ratchye STUDIO for Creative Inquiry at CMU and Performers in Residence at the Carnegie Museum of Art in 2019. slowdanger has received support from The Foundation for Contemporary Arts, The Heinz Endowments, The Pittsburgh Foundation, The Greater Pittsburgh Arts Council, the Mid-Atlantic Arts Foundation and The Opportunity Fund. Currently, taylor and anna are Associate Professors of Dance at Point Park University’s Conservatory of Performing Arts.