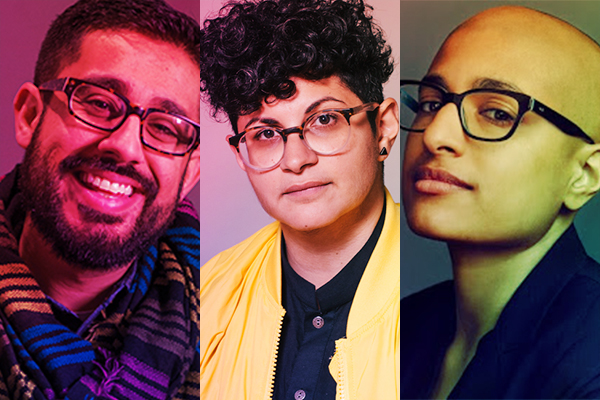 In pursuit of his research for the forthcoming evening-length performance Amm(i)gone, theater maker Adil Mansoor gathers filmmakers Sharlene Bamboat and Sowjanya Kudva for a conversation about God and faith in South Asian families and identities across religious practices.

Panelists will consider the following questions: How did you learn about God? How did your relationship with God transform over time in relationship to your family history, sexual orientation, gender identity, and arts practice?

Join us for this personal and poignant discussion! 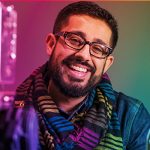 Adil Mansoor is a theatre director and educator centering the stories of queer folks and people of color. Directing projects include Gloria by  Branden Jacobs-Jenkins (Hatch Arts), Chickens in the Yard by Paul Kruse (Hatch Arts and Quantum Theatre), Desdemona’s Child by Caridad Svich (Carnegie Mellon University), Dark Play or Stories for Boys by Carlos Murillo (Carnegie Mellon University) and an upcoming ensemble generated piece with Pittsburgh Playhouse. Adil’s is currently developing Amm(i)gone, a solo performance adapting Sophocles’s Antigone as an apology to and from his mother. Amm(i)gone is National Performance Network (NPN) Creative and Development Fund Project co-commissioned by Kelly Strayhorn Theater, The Theater Offensive, and NPN.

Adil has developed and directed new work through NYU, Bronx Academy of Arts and Dance, The Frank-Ratchye STUDIO for Creative Inquiry, and PearlArts Studio. He is a founding member and resident director with Pittsburgh’s Hatch Arts Collective, a member of DirectorsLabChicago, a Gerri Kay New Voices Fellow with Quantum Theatre, and a 2050 Fellow with New York Theatre Workshop. As an educator, Adil has worked with Middlebury College, Sarah Lawrence College, The Mori Art Museum, and The Warhol. He led educational programming at Dreams of Hope, an LGBTQA+ youth arts organization in Pittsburgh, for over 5 years. Adil received his MFA in Directing from Carnegie Mellon University. http://www.adilmansoor.com/ 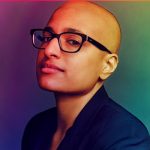 Sowjanya Kudva: “I have been working in video production for nearly two decades. I write, produce, direct, shoot, and/or edit for corporate clients, non­profits, independent filmmakers, and my own passion projects. Over the years, I have worked in Los Angeles, New York City, Atlanta, Durham, San Francisco, and Philadelphia, cultivating a robust network of filmmakers, freelancers, artists, activists, production houses, and all around amazing people. In 2014, I started mentoring San Francisco youth in filmmaking practice and theory, and quickly learned that I loved teaching. I decided to become a film professor, both to pursue teaching and to delve into scholarship. I completed a 3-year MFA in Film & Media Arts at Temple University in 2019, specializing in screenwriting and comics writing. I now work as an Assistant Professor in Cinema & Television Arts at Elon University within their School of Communication. My scholarship focuses on: media literacy, writing pedagogy, media production cultures, comics theory and practice, and the political economy of communications. I received my BFA from North Carolina School of the Arts, School of Filmmaking in 2003, where I majored in Editing and Sound.”

Sharlene Bamboat is a video and installation artist. Her work is anchored in the absurd and mundane retracing of history through queer aesthetics and popular culture.

She has screened and exhibited internationally, including: International Film Festival Rotterdam (Netherlands), Addis Video Art Festival (Ethiopia), the Sharjah Film Platform (U.A.E.), Berlinale: Forum Expanded (Germany), Mantiq of the Mantis (Pakistan) and Mercer Union Gallery (Toronto). Sharlene is part of the duo Bambitchell who were long list recipients of the 2020 Sobey Art Award through the National Gallery of Canada.

Sharlene contributes regularly to the arts-sector in Canada, as programmer, artistic director, jury member for festivals, board member for not-for-profits arts organizations, and has been a member of numerous film/video collectives.