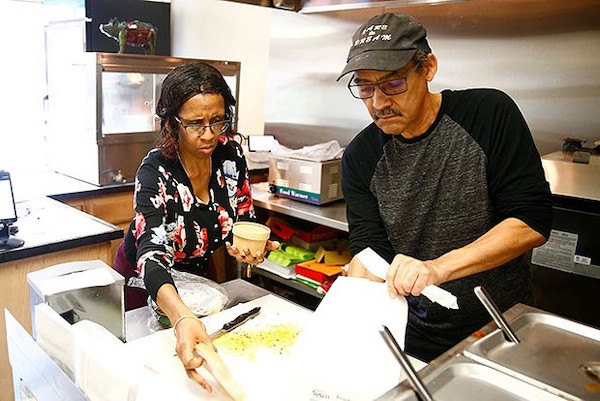 In light of the recent passing of Franco Harris, this event has been cancelled. KST wishes to extend care and sympathy to the Harris family.

Artist, activist and Exposure fellow Chris Ivey brings together Black Chefs for a celebration of their culinary artistry! Meet us in the Kelly Strayhorn Theater Lobby from 12:00pm – 12:45pm to sample gourmet creations from Rander Thompson & Becky Cowan, Jackie Page, and Asante Bierria. Then, join us in the theater from 1:00pm – 3:00pm for a discussion moderated by Franco Harris that will cover the journey of each Chef and their path forward to success. 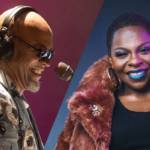 Jackie Page (Chef) is the Culinary Director and Food Coordinator for Farm to Table. She is also the chef and owner of Jackie Kennedy Catering. Food contributor for Table Magazine and also is a private chef for some of Pittsburgh notables. Cooking comes naturally to Jackie, and she learned everything from her mother by standing next to her in the kitchen before she was old enough to see the top of the stove. Feeding others and making sure they have healthy options is on the top of Jackie’s priority list.

Asanté Bierria (Chef, Owner/ Executive chef Pure Grub LLC) operates as a private chef, caterer and instructor. He has worked with local youth and adults offering meal plans and tools to develop nutrition awareness. Asante has been involved in the food and beverage as well as hospitality Industry for over 20 years. From competitive bartending and offering mouth-pleasing bites to managing and co-owning impactful and influential bars, lounges and markets in Pittsburgh. Over time a reputation has been earned for offering quality products while creating a welcoming and warm atmosphere. After making and investing into his own personal health and getting results, Asanté put his focus on nutrition and wellness and how to offer a healthier way of life to all communities. He created Pure Grub to accomplish this mission.

Pro Football Hall of Fame and Pittsburgh Steelers alumni Franco Harris (Moderator) is one of Pittsburgh’s best international ambassadors. Harris was an inaugural member of the Steelers Hall of Honor as part of the 2017 Class. Harris will forever be remembered for the greatest play not just in Steelers’ history, but one recognized by many as the greatest play ever in NFL history, the “Immaculate Reception.”

Director and filmmaker Chris Ivey (Curator/Organizer/Filmmaker) uses filmmaking to challenge our current way of life and to lay out a blueprint for communities to find solutions together. His East of Liberty documentary series shines a light on gentrification and displacement of Black people from the East Liberty neighborhood and provides a pathway to learn from the many mistakes and successes of the city, in spite of those who intentionally want to make sure only certain sections of the population benefit. Ivey plans to organize film screenings and dialogue spaces to show existing and new work that engages audiences around elevating the voices of those who are impacted negatively, particularly Black women, students in the public school system and BIPOC artists working within large cultural institutions. He also hopes his work will support Kelly Strayhorn Theater, located in the heart of East Liberty, as gentrification and displacement knock at the theater’s door.