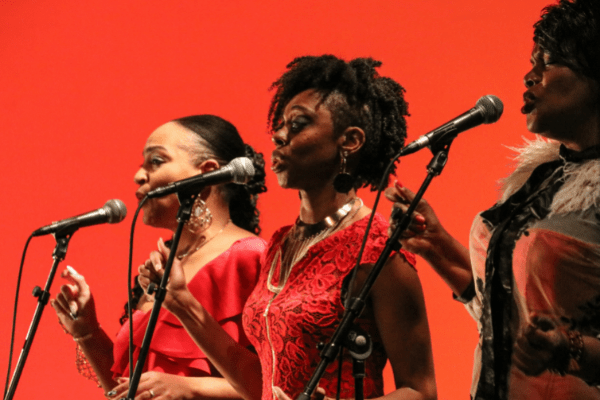 Featuring a Discussion with Women of Visions, ORIGINS Marketplace, and Concert with The BGV’s, Hakim Rasheed, Wayne Barber and more!

Groove into Kelly Strayhorn Theater’s new season with Black & Solid Gold: the Hits of MAGNIFICENT MOTOWN on Thursday, September 16! From the music of The Temptations, Jackson Five, and Marvin Gaye to Diana Ross, you’ll be dancing in the streets once you hear the stylings of vocalists Delana Flowers, Katy Cotten and Carmen Miller of The BGV’s, Hakim Rasheed, Wayne Barber, and accompanying musicians, all produced by musician Dwayne Fulton.

The evening begins at 5:30pm with the ORIGINS market in the theater vestibule, featuring local artisans and makers including Espirations Greeting Cards, Rebel Bred Clothing, Naptural Beauty Supply, and Social Living. And you don’t want to miss the 6:30pm artist discussion, an exclusive panel discussion, moderated by Aaron J. Johnson, PhD and Assistant Professor of Music at University of Pittsburgh, with the artists behind Women of Vision’s MAGNIFICENT MOTOWN: Art Inspired by the Music. The evening culminates with a concert featuring the vocal stylings of The BGV’s, Hakim Rasheed, Wayne Barber with Calvin Murphy (Drums), Gary Davis (Bass), Earl Russell (Keys), Keith Flowers (Keys), Gary Howard (Guitar), performing hits including “Dancing in the Street,” “My Girl,” “ABC,” and more! Join us for a marvelous evening of music, art, and celebration!

Black and Solid Gold: the Hits of Magnificent Motown is made possible with support from The Pittsburgh Foundation, Bridgeway Capital, and in partnership with the Rivers of Steel Heritage Area. Women of Visions, Inc. also acknowledges support from Opportunity Fund, and Arts, Equity and Education Fund.

ABOUT THE WOMEN OF VISIONS 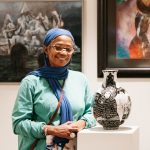 Mary’s work is visualized in clay, metal, glass, and collage mediums. Her art is a mirror of her identity and often includes carvings and linear patterns. An educator at Winchester Thurston School, Martin has served on special projects and programming committees for the August Wilson Cultural Center and the Andy Warhol Museum. She has also curated and consulted on various art exhibits for Women of Visions, Inc., the Heinz History Center, the Warhol Museum, The Society for Contemporary Craft, and the August Wilson Center for African American Culture of Pittsburgh. She has served on artist review panels to select art fellows for the August Wilson Center as well as served on review panels to select artist grants for the Heinz Endowments Small Arts Initiatives Programs, Advancing Black Arts in Pittsburgh Programs, and the Ohio Arts Council. 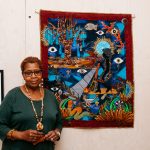 Bedeian’s work is primarily in fiber, although she also has a background in painting, calligraphy, and design. Her focus for many years has been quilting. Through her quilts she tries to explore her African American heritage, using images and metaphors that explore the cultures of Africa. Much of her influence comes by way of her love of literature by African American writers and the images evoked through the stories they tell. The poetry of Jean Toomer or Langston Hughes as well as the novels of Zora Neale Hurston were just as impactful on her aesthetic as the collages of Romare Bearden and the paintings of Jacob Lawrence. 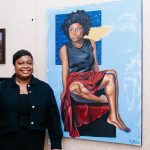 Sharell Rushin (Take a Stroll through Your Mind)

One of WOV’s newest members, Rushin is a mixed media artist born and raised in Pittsburgh. Rell’s work is a response to daily life and happenings in international pop culture. Using paint and/or fiber as mediums to process, reflect, and respond to beauty standards, daydreams, and Black people in global mass media. 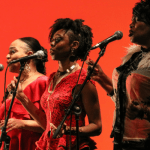 Delana Flowers, Katy Cotton, Carmen Miller, better known as the BGVs (Back Ground Vocals), are amazing background and lead singers with astounding versatility, tight harmony, and beautiful clarity. It’s nearly 10 years since they were brought together for a tribute to Aretha Franklin. They have graced stages all over Pittsburgh and as far away as Jamaica. These ladies have been heard singing everything from R and B to gospel, from jazz to country, from pop to rock, and even originals and A Capella. If 3’s a crowd, you’ll want to hear this one again and again. 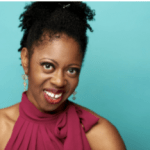 Delana Flowers is a dynamic vocalist with a unique sound. Her energy and eclecticism fill every space of any room as she sings from her heart and soul to yours. She has graced stages all over this city and in her hometown of Lancaster, Pennsylvania in musicals like Dinah!, Dreamgirls, Ain’t Misbehavin, Queens of the Blues, Black Nativity, The Wiz, Mahalia Jackson: Standing on Holy Ground, and Little Shop of Horrors. She has been a featured artist on several recordings and with bands such as the Topflight, The Grace Band, The Teresa Hawthorne Band, and the Terrance Vaughn Band, to name a few. Delana has shined in tributes to Teena Marie, Whitney Houston, Aretha Franklin, and Motown. Since her move to Pittsburgh she has been part of top notch choirs, worship teams and small ensembles all over the city. Delana is eternally grateful to God for blessing her with artistic ability and with opportunities to share her gifts. 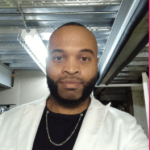 Hakim Rasheed is a National Recording, multi award winning singer and songwriter born and raised in America’s most livable city of Pittsburgh, PA. Since a early age, Hakim has inspired and entertained audiences beginning in his hometown, and in adulthood has been across the country, whether it be the prestigious MGM Grand, The Beverly Hilton in LA, or Hard Rock Cafe live where he headlined in recent years. Hakim is the winner of Pittsburgh’s Got Talent, a two time First Place winner of the Wamo Talent Show, and 5 time award winner overall of the prestigious radio station’s talent competition. Hakim was on the Pittsburgh leg of R&B legend Faith Evans’ National tour when she performed at Summer Jam, and has shared the bill with many other talented local and national artists.

Most recently Hakim was a winner of 418 Music’s ReverbNation contest and was signed to have his hit single “Around The World” released on their record label. 418 Music, which was Billboard Magazine’s number 1 rated dance label, picked Hakim’s single as one of just 13 out of thousands of submissions, and the single has gone on to get thousands of streams on Spotify, and is available on all digital platforms where music is sold. Additionally you can also see Hakim on the hit Netflix series “Manhunt Deadly Games,” where he portrays the front man for the legendary band “Jack Mack and the Heart Attack.”

Hakim is thankful to God, and friends and family and all supporters from the great city of Pittsburgh and all over the country and world for their tremendous support over the years. 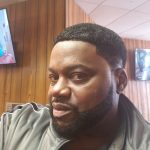 Wayne Barber has been singing since his days in high school, working with bands Topflight, The Delight Band, and Brother Hood. Currently, he has been singing with the Pittsburgh band House of Soul for over 27 years, as well as with an Earth, Wind, and Fire tribute group. Wayne has had the pleasure of singing background vocals for Patti LaBelle, Heat Wave, Isaac Hayes, Cuba Goodnight, Clarence Carter, and more. 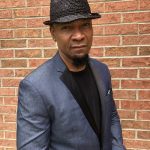 With over 30 years of Theatre and Musical Performance, Dwayne Fulton fully understands the power of music and arts and its’ influence in the earth. He is the founder and Chief Executive of Kingdom People Productions, inc. (1999) and The SouLyfe Cafe (2003). Dwayne is an accomplished pianist. His music career stems back from the eighth grade to the present. He’s had the honor of accompanying such great musicians as Grover Washington, Jr., Roger Humphries, Sean Jones, and Nathan Davis. He’s shared the stage with other greats such as: Keith Sweat, Guy, Fred Hammond, Bobby Jones, Kirk Franklin, The Pittsburgh Symphony Orchestra and Michael Buble’. In 2011 he was hired as the Musical Director for the Opera Gospel at Colonus with the Opera Theatre of Pittsburgh; and in 2012 he composed his first opera short for the Opera Theatre of Pittsburgh’s Summer Festival, Bridal Suite. In 2013, he composed his second opera short The Mayoral Suite also for the Opera Theatre of Pittsburgh. In 2010, he was the Musical Director for the production of Raisin In The Sun by The Kuntu Repertoire Theatre. Fulton was additionally hired as the Musical Director in 2012 for the stage play Who Do You Love by New York playwright, Shaunda Miles of DeMaskus Productions. Dwayne can also ‘shake a leg’ winning the 2012 Pittsburgh celebrity So You Think They Can’t Dance fundraiser at the August Wilson Center.