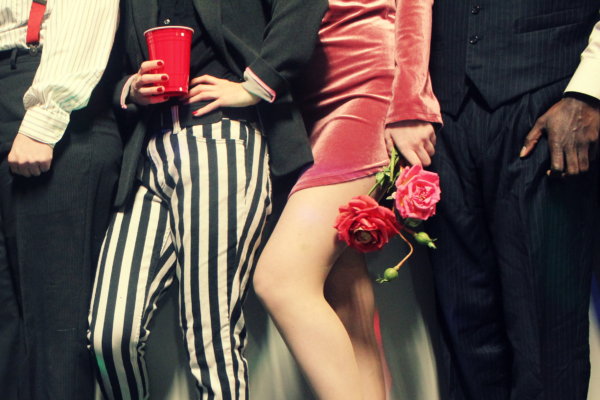 Or Forever Hold Your Peace

Every wedding has its fringe characters and secondary drama. The sister of the bride is about to snap and the only guest who believes in love is a wedding crasher. Like a musical without singing, Big Storm brings you big dance numbers, big laughs, and really bad dating advice. 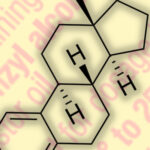 Freshworks: B Kleymeyer
i’m not done with this body (and i never will be)

Taylor W Couch (she/her) – Director, Dance Core, Costumes (Style For Good PGH), Choreography – is an Early Childhood Teaching Artist, Pittsburgh native, and Co-Founding Director of Big Storm Performance Company. When not performing with Big Storm or teaching with organizations such as Pittsburgh Cultural Trust Education and The Alloy School, Taylor enjoys working as a stylist for her mental health and sustainability-focused company Style For Good PGH, listening to records, and enjoying the wonderful restaurants around Pittsburgh.

E. Forney (she/they) – Stage Manager – works in higher education administration, organizes with leftists, and dabbles in many other things. When she is not at rehearsal, Forney is recording with her podcast co-hosts for One More Thing, coordinating events for Puzzled Pint, playing video games, or dabbling in some new hobby (right now it’s rug tufting). Forney has worked as support or tech for multiple Big Storm productions (“Quest”, “Portals on Penn”, “Say That to My Face”, “Dance Show: A Dance Show”) and looks forward to more!

Phillip Fry (he/him) – Cousin Mickey – graduated from the University of Pittsburgh in 2017 with a BS in Mathematics and a Minor in Theater Performance. When not rehearsing, Phil enjoys playing video games, reading, discovering new breweries in the area, and visiting with his family. His previous works include, Stage: Portals on Penn, Say That to My Face (Big Storm PC); Film: Tributaries (Crazy Pants Productions); Voice Over: No Exit, Cave of the Green Light (Play on Words Podcast). Phil would like to thank his fiancée, mom, dad, brother, and sister for pushing him to keep doing theater and to his cats that keep them company during the down time.

Yang Zhen Lee (They/Them) – Staff – is a comics and tattoo artist who likes to dabble in many things. Zhen was in Teresa Martuccio’s Pink Potatoes, and in some City of Play events such as “Emotional Landscapes,” “Intimate Subjects,” and “Fantastic Adventure: Greenfield Bridge.” When not rehearsing, Zhen likes playing games, moving through the world in new ways, petting animals, and seeing what art peeps have been making. Zhen says “Thank you to the fun and warmhearted folks of Big Storm for being absolute sweeties. Thank you Forrest for helping me go through lines many many times.”​

Jess Malandro (she/her) – Planner – currently works at the University of Pittsburgh’s Big Idea Center as manager for student programs. When she isn’t working at Pitt, Stick City Brewing Company, or rehearsing with Big Storm, you can find her reading and/or furiously snuggling her two cats (Dae and Bucky). Over the past few years, Jess has performed with Big Storm in productions such as Say That To My Face and Portals on Penn. She would like to thank her fiancé, Phil Fry, for getting her to rehearsals on time and being a major support system over the past couple of months. Lastly, she would like to thank José and Taylor for being so awesome throughout this process (and every other time, really).

José Pérez IV (he/him) – Julio/Dance Core, Dance Captain, Choreography, Playwright – is a fight choreographer and theatre maker. Artistic Director of Big Storm Performance Company. MFA in Performance Pedagogy from the University of Pittsburgh, BFA in Drama from NYU’s Experimental Theatre Wing. When not making new theatre, he likes to read in cafes and wave at dogs. José’s original work has been seen in New York City venues, on the hills of the Smoky Mountains, and in a moving car.

Rachel Smith (she/her) – Jim – has a BA in Theater from IUP. When she’s not rehearsing she’s probably either wrangling her small, energetic child or playing video and/or board games. She was last seen emerging from a monster puppet in Big Storm’s production of Quest. She’d like to thank Andy & Danica for being so supportive and awesome.

Olivia Devorah Tucker (they/them) – Sister – is a transfemme Jewish demonologist with an affinity for vibrant theatre and baking thematically-shaped challah. Professionally, Olivia serves as Program Coordinator for SVARA: A Traditionally Radical Yeshiva (founders of Queer Talmud Camp), where they study as a teacher-in-training. Olivia Devorah has variously performed, puppeteered, sang, danced, devised, and dramaturged for FOLKLAB’s QUEER (2018), Moriah Ella Mason’s Queer Jewish: Dancing In Diaspora (2019), Teresa Martuccio’s Pink Potatoes (2019) and Gunner LaBuff’s Hatena, A Guinea Pig Play (2019) at the Glitterbox. Olivia sends thanks to friends, family, the Highland Park pool, and the Phantom of the Attic comic book store for getting them through the tough times!

Matt Vitullo (he/him) – Crasher – is thrilled to be in yet another Big Storm production! Matt graduated from the University of Pittsburgh for theatre and has been performing in the city ever since. Previous roles include Benvolio in Romeo & Juliet (Pittsburgh Classic Players), a tea shop fighter in Portals on Penn (Big Storm), and a lovesick bard in Quest (Big Storm). When not performing, Matt can be found playing Dungeons & Dragons, gaming, reading, writing, or spending time with friends (as safely as possible, of course). “Thank you to Big Storm, especially José and Taylor, for making so much cool art that I get to participate in, and to my incredible friends who always give me support and lend me an ear while I talk about this show endlessly. Thank you!! :^) “