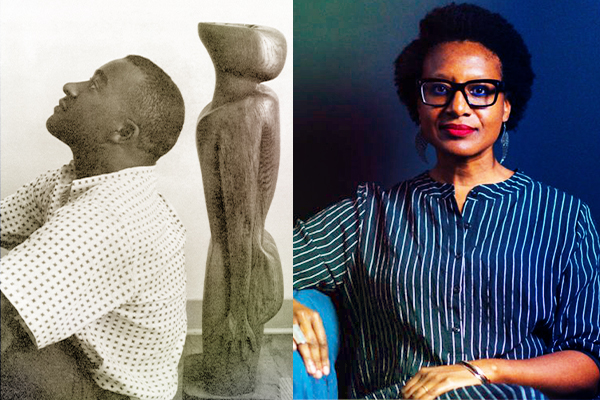 Join us on Zoom!

Taking cues from modernist jazz, Pittsburgh-based, self-taught artist Thaddeus Mosley wields a mallet and chisel to rework salvaged timber into monumental biomorphic sculptural forms. Three of Mosley’s human scale works, Region In Suspension (1996), Oval Continuity (2017), and Branched Form (2017)  have been cast in bronze and installed at Eastside Bond plaza in East Liberty. Join us as we mark this significant installation of work by an artistic legend with a conversation celebrating Mosley’s body of work facilitated by art historian and curator Kilolo Luckett.

This event is made possible in partnership with The Mosites Company. 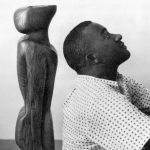 Thaddeus Mosley (b. 1926, New Castle, PA) is a Pittsburgh-based self-taught artist whose monumental sculptures are crafted with the felled trees of Pittsburgh’s urban canopy, via the city’s Forestry Division; wood from local sawmills; and reclaimed building materials. Using only a mallet and chisel, he reworks salvaged timber into biomorphic forms. With influences ranging from Isamu Noguchi to Constantin Brâncuși—and the Bamum, Dogon, Baoulé, Senufo, Dan, and Mossi works of his personal collection—Mosley’s sculptures mark an inflection point in the history of American abstraction. These “sculptural improvisations,” as he calls them, take cues from the modernist traditions of jazz. “The only way you can really achieve something is if you’re not working so much from a pattern,” Mosley says of his improvisational method. “That’s also the essence of good jazz.” Mosley had his first Karma solo exhibition in 2020, and was commissioned for the 2020 edition of Frieze Sculpture at Rockefeller Center, New York. His work has been exhibited and acquired by major museums and foundations since 1959, including the Mattress Factory Museum, Pittsburgh, and most recently, the Carnegie Museum of Art, for the occasion of the 57th Edition Carnegie International (2018). His work is held in the public collections of Colby College, Waterville, Maine. Thaddeus Mosley will be exhibited at the Baltimore Museum of Art in the fall of 2021. 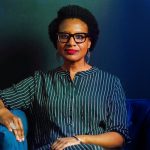 Kilolo Luckett is a Pittsburgh-based art historian and curator. Luckett is founding executive director and chief curator of ALMA|LEWIS (named after abstract artists Alma Thomas and Norman Lewis), an experimental, contemporary art space for critical thinking, dialogue, and creative expression dedicated to Black culture. She recently served as an Art Commissioner for the City of Pittsburgh’s Art Commission for twelve years. Luckett is currently writing an authorized biography on Naomi Sims, one of the first Black supermodels.