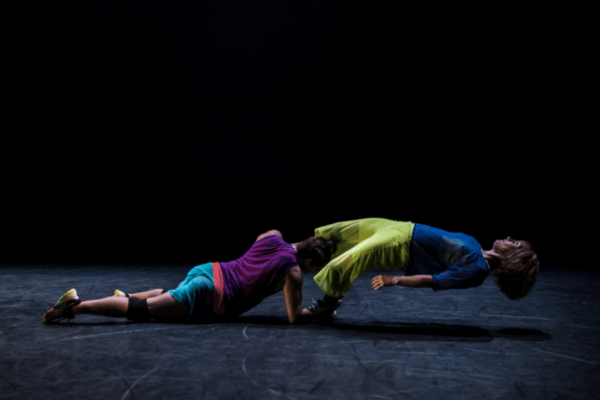 Choreographer Abby Zbikowski and crew have created a genre-bending work that brings together a mosaic group of dancers to redefine purpose for themselves as they labor their way through complex, demanding, and often perplexing physicality as a means to confront expectations and dive into the unknown head on. Utilizing the skills they have honed through their practices in movement traditions including (but not limited to) hip-hop, post-modern dance, contemporary African forms, tap, synchronized swimming, soccer, and martial arts, the cast draws from an arsenal of physical possibility to shatter assumptions of established forms and test the group’s own physical and mental limits. Working with Senegalese dance artist Momar Ndiaye as dramaturge, this work embodies the amalgam of contemporary living, chock full of cultural collisions, unlikely relationships, minor to major misunderstandings, a desire for logic, and being hard-wired to survive.

Radioactive Practice is commissioned by ADF with support from the Doris Duke/SHS Foundations Award for New Works and The Mary Duke Biddle Foundation. Additional commissioning funds provided by the Caroline Hearst Choreographer-In-Residence Program at Princeton University’s Lewis Center for the Arts, Dance Umbrella’s Four by Four program, United States Artists Fellowship, the University of Illinois, Urbana-Champaign, and the Wexner Center for the Arts.

Radioactive Practice is made possible in part by a grant from the Association of Performing Arts Professionals, made possible through support from The Andrew W. Mellon Foundation. 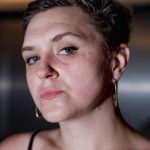 Abby Zbikowski created her company Abby Z and the New Utility in 2012. She is a 2020 United States Artists Fellow and received the 2017 Juried Bessie Award for her “unique and utterly authentic movement vocabulary in complex and demanding structures to create works of great energy, intensity, surprise, and danger.” In 2018 Dance Umbrella UK awarded her a “Choreographer of the Future” commission. She is an inaugural Caroline Hearst Choreographer-In-Residence at the Lewis Center of the Arts at Princeton University (2017-19), current artist in residence at New York Live Arts (2018-20), and has been in residence at Bates Dance Festival, American Dance Festival, and the STREB Lab for Action Mechanics.She is an assistant professor of Dance at the University of Illinois and on faculty at American Dance Festival. She has taught at the Academy of Culture in Riga, Latvia; at Festival Un Pas Vers L’Avant in Abidjan, Ivory Coast; and studied at Germaine Acogny’s L’École de Sables in Senegal. Zbikowski holds a BFA in dance from Temple University and an MFA from The Ohio State University. Zbikowski has performed with Charles O. Anderson/Dance Theater X, Momar Ndiaye, and the Baker & Tarpaga Dance Project. Her company has been presented nationally, performing at venues such as Jacob’s Pillow in Becket, MA, and the Fuse Box Festival in Austin, TX, among others.