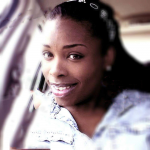 is a North Side Pittsburgh TWOC (Trans Woman of Color). Aria has worked in the LGBTQ community in the areas of HIV/STI prevention through University of Pittsburgh (Roundtables & Project Silk) and Trans Activism and Advocacy (Garden of Peace Project, Black Trans Revolution).

A Pittsburgh native, Aria understands the issues facing both the Pittsburgh LGBTQ community and Pittsburgh at large. She feels her experience, skills and passion for this work will make a difference in Pittsburgh and nationally. She will be launching her talk show,
The T Factor, in late 2015. 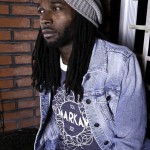 is a dancer, choreographer, hip hop recording artist and media designer. He received a B.S. in Media Arts and Animation from the Art Institute of Pittsburgh in 2009. While in school full-time, Lyles began learning and teaching hip hop dance, where he started the school’s very first Hip Hop Dance Club. He has also taught at various dance studios including, Pittsburgh Heat, Shape Fitness Center and Evolve Dance Complex in Cranberry. In 2013, Lyles served as Production Assistant at Emmy Award-winning facility Ya Momz House, LLC and was a Hip Hop Educator & Mentor at Hip Hop On L.O.C.K. He mentored through Big Brothers Big Sisters of Greater Pittsburgh from 2005–2010, and serves as a youth choreographer for We Rock Workshop, a residency program led by Liz Berlin of the multi-platinum band Rusted Root.

Currently, Mario works as Studio Manager and Teaching Artist at Kelly Strayhorn Theater and Hip Hop Instructor at Los Sabrosos Dance Co. and Millennium Dance Complex. Amongst other creative ventures, Lyles is the founder of Markav Clothing Co. an urban apparel brand based in of Pittsburgh, and Level Up Studios, a community resource that offers innovative ways to engage youth and adults along the Penn Ave corridor. Lyles is a member of local hip hop band 30Realm and currently holds a residency at Local 412, a organization that uses community engagement, arts opportunities, and education to increase the interaction of diverse audiences, hip hop artists, and enthusiasts.. 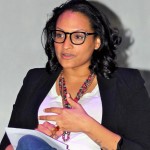 aneese is Brazilian born and Pittsburgh raised. At 15, Liana started RedTape Productions, which has grown from high school production company to a successful NYC design firm with a clientele ranging from music site like Dat Piff to artists Mac Miller and Alicia Keys. After attending fashion school at FIDM, Liana was Project Manager for Hollywood branding firm, Starmen Design Group before moving back to her Hometown of Pittsburgh and finishing a degree in Cultural Studies at Chatham University.

At that point, Liana began her work cultivating the relationships and experience she would need to continue her entrepreneurial ventures through S Group—A Creative and Cultural Problem Solving Firm, and Adopting Identity—An Exploration of Transracial Identities. Adopting Identity is her primary social practice work that consists of a film and community project. The goals of AI center around exposing intersectional complexities often left abandoned by the general population due to the uncomfortable nature of what it means to be transracial and/or adopted. The work centers on the personal responsibilities of all subjects involved, including the general public, in such processes and relationships. Liana plans to continue her work in the fields of cultural insight, identity, adoption, mediation and using her story to motivate and inspire through film, speaking and writing. 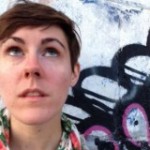 Moriah Ella Mason is a bodyworker and interdisciplinary performance artist based in Pittsburgh. She provides individually crafted massage sessions at her East Liberty practice, EveryBody Integrative Massage. Moriah is dedicated to making massage as accessible as possible to all members of the community. She uses tools from Shiatsu, Myofascial,Trigger Point Therapy and Reiki to treat chronic pain, assist injury recovery, and support healing from PTSD and trauma.

Moriah’s artwork has been presented in galleries and theaters throughout Pittsburgh, most notably as part of the New Hazlett’s CSA series, Future Tenant’s Trespass Residency, and the Kelly Strayhorn Theater’s newMoves Festival. Moriah strives to build connections between art, healing and political practices. 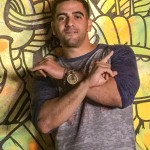 Jason Mendez is the co-founder of Sons of the Boogie, an arts-based company dedicated to South Bronx history and culture. Jason is an instructor in the School of Education at the University of Pittsburgh and a faculty fellow in their Center for Urban Education. Growing up in the Hunts Point section of the South Bronx provided the foundation for his interest in urban education, Puerto Rican identity construction, critical race studies, cultural studies in education, and arts as social justice.

He received his Ph.D. in Education with an emphasis in Curriculum, Culture, and Change and a Graduate Certificate in Cultural Studies from the University of North Carolina at Chapel Hill. In the past few years, his work has focused on males of color and traditionally underserved and underrepresented populations in postsecondary education. Since receiving his PhD, Jason has worked as an Assistant Professor in the Teacher Education Department at CUNY’s York College, a Postdoctoral Fellow at the University of Pittsburgh’s Center on Race and Social Problems, and a Visiting Professor of Education at Duke University. 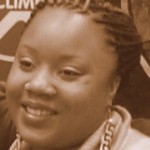 Bekezela Mguni is radical librarian, activist, doula, artist, and an abundant bodied femme. She believes that the collective sharing of knowledge, beauty and inspiration is a part of life’s purpose and brings that intentional spirit to her work. Born in San Fernando, Trinidad, she lives in Pittsburgh and has more than 10-years of community organizing experience, in which she has worked with LGBTQ communities, youth, women and people of color. She founded Sisters Beyond the Surface in 2003 and co-founded New Voices Pittsburgh: Women of Color for Reproductive Justice. Bekezela holds a Bachelors Degree in Africana Studies, a Certificate in Women’s Studies and has a Masters Degree in Library and Information Science.

Bekezela serves as a member of the Ujamaa Collective,  is a 2012 Urban Justice Center Human Rights Institute Fellow and 2011 Cathy Raphael Champion of Change recipient from the Three Rivers Community Foundation. She participated in the first Librarians and Archivists to Palestine delegation in June of 2013. Most recently she completed a micro-residency at Boom Concepts launching the Pgh POC Zine Distro.

Penn Avenue Creative is made possible with generous support from The Heinz Endowments.