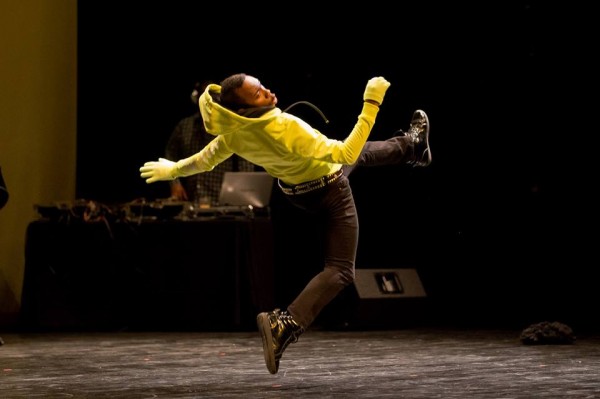 What do you do for the community now and why is it important?

I currently serve as an Americorps Public Ally at the Kelly Strayhorn Theater, working as their Community Engagement Fellow. As a Public Ally, I’ve been teaming up with like-minded individuals for several months, developing a citywide clean-up day for the Homewood neighborhood in Pittsburgh, and other service projects like hosting community discussions. I’ve made so many fascinating connections through the Public Allies Pittsburgh program!

I’m also currently the Artistic Director of TCDC | Trevor C. Dance Collective, my own youth performing arts group based here in Pittsburgh. Forming this group has been amazing because it allows me to take youth that typically wouldn’t have the opportunity to perform and mentor them, train them, and get them in front of audiences across the city. TCDC isn’t the first team like this that I’ve spearheaded. For seven years prior to TCDC’s creation, I worked with CHANCE (Creating Hope and Newfound Courage Everywhere) based in Clairton, PA. During my seven years with that team, we raised over $10,000 for charities like Make-A-Wish Foundation, The Homeless Children’s Education Fund, Friends of Danang… so many! 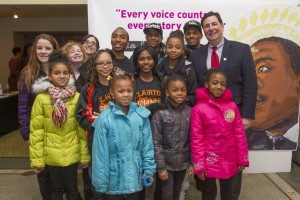 The really fascinating thing about my work with CHANCE is that we raised money off of pure grassroots methods. We worked eight to ten months putting our shows together, and only charged $3 per ticket for the final event. We sold Sarris Pretzels during the school year to purchase t-shirts for our dance group. The students would be in class all day, then spend hours with me after school creating routines. We put in work. That taught us all discipline, and showed us how to work as a family.

Operating an organization like CHANCE was a humbling experience for me because it taught me the importance of garnering community buy-in. Clairton is a ‘sports town’, and dance didn’t really exist there before CHANCE kicked that initiative off. I had to get people to believe in our mission so they would come to the shows. Not only that, CHANCE at KST’s Halloween Mayhem performing Zombiji had to get the youth to believe in the power of movement. 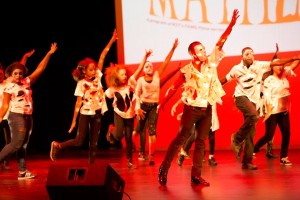 CHANCE was inclusive—I opened the team up for students K-12 so literally anyone who was interested in helping out could hit the stage, or volunteer as a stagehand or costume decorator. I didn’t want kids to shy away because of a lack of training/dance knowledge. I teach my students not to be afraid to perform because they don’t possess the ‘right’ body type. I look for heart in my dancers. I tell them, “Give me the energy I need, and I can work with you. Go on stage and hit. Give me life.”

I didn’t have a massive marketing machine behind me when I coached CHANCE. There was no startup budget for us. We had to knock on doors. We had to use word-of-mouth. We faced hurdles because we were operating out of a school district, like scheduling issues, grades, transportation problems, you name it. We were simply a group of 30 students from a tiny town, battling the odds. However, we wanted to enhance art in our community and help charities, and we never gave up on our mission. I’ve been blessed to be able to teach hundreds of kids during this process. When I was 23, the NAACP Clairton Chapter recognized my efforts in Clairton, and they awarded me the 2013 NAACP Community Service Award. Getting to perform with my team in front of the different NAACP chapters in Pennsylvania at their Human Rights Banquet was definitely a milestone for me. I’m proud to say I was a driving force in making performing arts a staple in Clairton. 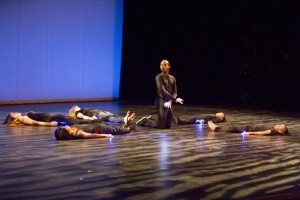 TCDC operates the same way; we are a small team of seven young artists ages 9-25 that infuse contemporary and hip-hop into our storytelling. Young people have stories to tell as well, and our voices are loud. TCDC is very artistic in our approach and anyone who knows me knows I bring the drama during a performance! I’m looking forward to continuing to tear up Pittsburgh stages with TCDC during our 2015-2016 season!

What is one defining moment of your life?

My defining moment was when I was 17 and I discovered dance as an old man (17 is often considered old to begin dancing). I was a senior in high school and thought, “Well, it’s now or never to see if I can do this”. I always wanted to be a gymnast or singer, figure skater, actor or performer in some way as a youngster, but I never had the money or resources. I started learning African and Modern, and after a few months of stumbling around and struggling to remember the choreography, I hit the stage in a showcase at my school. And I did it! 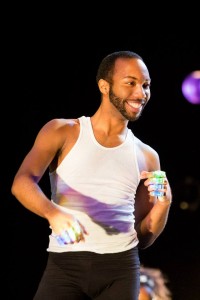 I remember challenging my instructor Ennad Murrell a lot. I thought the modern music we were dancing to was odd, and I didn’t care for some of her choreography. However, I am so appreciative of that  because now that I teach kids, I see their discomfort in trying something completely new—I’ve learned that’s a beautiful thing. It’s a teachable moment—the amount you can get a child to grow from trying and conquering something new like dance is invaluable. I’m glad Ennad pushed me.

When I got on stage, executed my moves and noticed the audience’s reaction… there was something very addictive about that. I think that’s a huge reason why I love performing today. I enjoy knowing the stories I tell on stage resonate with people, and that I can give them my energy and they return with their energy. We create this space of happiness and celebration. Dance brings humanity together, and it’s pretty freaking amazing to pioneer that.

What advice do you have for youth that want to become a changemaker in their community? 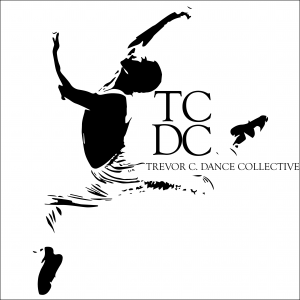 Find your passion and run with it. I’ve found youth who make an impact on their communities by selling cupcakes. Making jewelry. Cheerleading. Being a part of the science club. And of course dancing! Find that thing in the world that gives you life, and let it explode within you. Live, breathe, eat, and sleep your passion. That’s how you change the world around you. You have to love what you do.

What is a song on your playlist? (A song that motivates and drives you).

Because I’m extra, I have five songs on my playlist: It’s All Good by Ciara, Warriors by Dawn Richards, Work by Ciara, Let’s Go by Icona Pop and 1 Thing by Amerie… in that order!

Honestly, I have a million choices. I enjoy music that moves me. If a song is on and I start thinking of choreography, I put it on my playlist. I let it happen very organically. EDM, folk, jazz, symphonic—I don’t care, as long as I can dance to it!

TCDC | Trevor C. Dance Collective is currently developing two stage performances, Dreaming and RENEGADE for their 2015–2016 season. To keep up with the team, visit them on Facebook.